Gas Stations Will Adapt To Benefit From Electric Vehicles 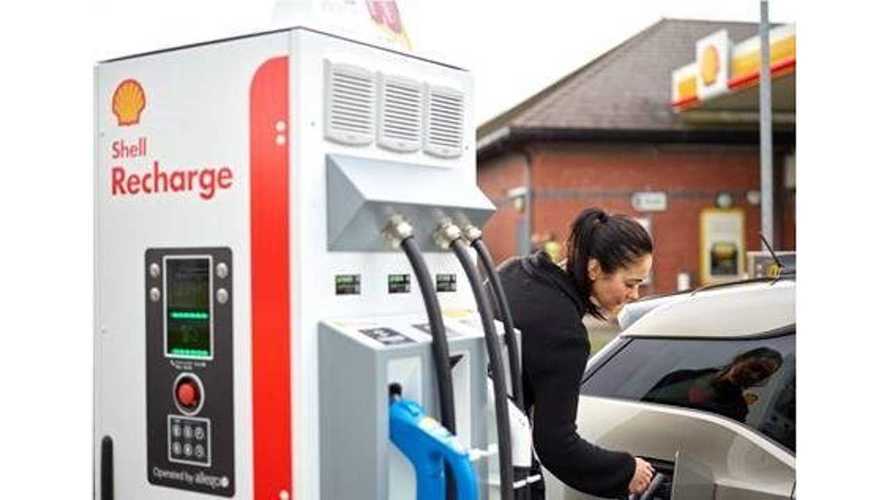 GAS STATIONS PIVOT TO ADDRESS THE THREAT FROM ELECTRIC VEHICLES

If you think Big Oil is oblivious to the threat that electric vehicles pose to industry profits, think again. BP has forecast that oil demand will peak in the 2030s as EVs enter the mainstream. The CEO of Royal Dutch Shell has said the next car he purchases will be an EV, and the CEO of Total says he’s already driving one. At the recent CERAWeek conference in Houston, an annual gathering of players in the oil and gas fields, one of the hottest tickets was a seminar on batteries.

While some in the oil and auto industries still have their heads firmly ensconced in the sand (or perhaps another, more malodorous metaphorical location), others, notably the leaders of Europe-based oil conglomerates, are taking concrete steps to prepare for a future with fewer gas-burning vehicles.

Ironically, one of those moves could be investing more in “downstream” operations such as retail gas stations. Betting that oil demand will continue to grow in developing countries for some time, even as it shrinks in the wealthy world, Shell plans to expand its global network of gas stations and convenience stores, mostly in China, India, Indonesia, Russia and Mexico.  According to BusinessDay, Shell and rivals such as BP see retail as a way to secure demand for the fuels they refine as overall global demand heads towards a peak.

Over the past couple of decades, the business of selling fuel to drivers has radically changed. In the US, the iconic “filling station,” where a rumpled mechanic was on hand to check your oil and fix a flat, and the culinary selection was limited to a Coke machine and bags of stale peanuts, has been replaced by a mini-supermarket, with twenty touchscreen-equipped gas pumps and 500 flavors of designer coffee.

Above: A look at how the new Shell Recharge option at gas stations compare with other charging solutions in the UK (Youtube: Shell)

Even as retail fuel outlets have evolved, their number has been declining for decades. A recent article in Sky News notes that since 1970, the number of stand-alone petrol stations in the UK has shrunk by 75%. In Japan, the number of EV charging points surpassed the number of gas stations in 2015.

One reason for the transformation of the retail gas business is that margins on selling fuel are razor-thin. Gas is increasingly seen as a loss leader to attract customers who will spend money on drinks and snacks. Of course, that’s exactly how EV charging is seen by many industry observers, so it makes perfect sense that some oil purveyors (again, mostly European brands so far) are installing chargers at their retail locations.

Last year, Shell began installing EV charging points at gas stations (“forecourts” to our British mates) in the Netherlands and the UK (in partnership with Dutch charging operator Allego), as well as in Norway and the Philippines. It has also acquired Dutch charging network operator NewMotion, which manages over 30,000 charging points in 25 European countries.

Above: BP showcases its vision for EV charging at its gas stations (Image: BP)

“Downstream is helping Shell to thrive during the global shift to a lower-carbon energy system,” says John Abbott, Shell’s Director of Downstream. “We are helping to deliver tomorrow’s products, services and technologies, from battery-electric vehicle charging to next-generation biofuels, LNG for transport to hydrogen.”

Why is Europe leading the way when it comes to charging at the gas station? Demographics may be one reason: in contrast to the US, where suburban drivers charge at home, many UK drivers (perhaps up to 80%, according to research by National Grid) live in flats with no assigned parking spaces and must park their cars on the street. This is also the case in China, and in dense urban areas around the world. If EVs are to become a viable option for all drivers, some solution to this dilemma must be found, and rapid charging at public locations could be an option.

The oil giants are also exploring some less practical strategies to meet the electric threat. Some planners at Shell seem to believe that consumers won’t feel the need to buy EVs if they can assuage their consciences by greenwashing away their carbon footprints. Canada’s Financial Post reports that Shell is starting a program that earmarks 2 cents per liter of gas towards planting trees. “This means that everybody who has a car can actually be carbon-free, said Chief Executive Ben van Beurden. “They don’t have to buy an electric car.”

Petroleum analyst Dan McTeague called this gimmick “redundant,” noting that most Canadians already pay a carbon tax that amounts to more than 2 cents per liter. “Beside the point” is another description that comes to mind. As regular readers of this column know, reducing carbon emissions is only one argument for buying an EV. The main reason electrics will replace fossil vehicles is the same reason that the oil-burners replaced horses: they represent newer technology and a superior product.