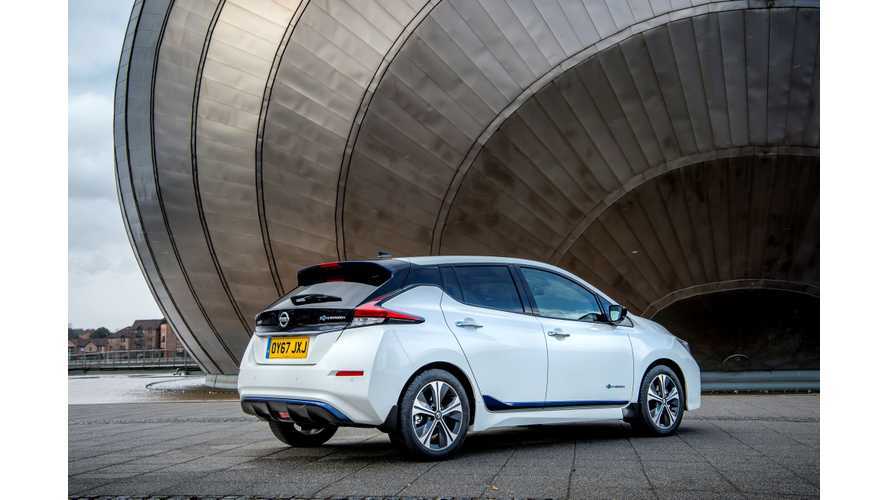 Three all-electric cars - Nissan LEAF, Volkswagen e-Golf and Renault ZOE - were tested and compared in the UK to figure out which is the best for under £30,000.

All three were recently updated from its original predecessor.

The Nissan LEAF is now in its second generation with a 40 kWh battery and 110 kW electric motor, while the previous generation was 24 and 30 kWh version with an 80 kW motor.

The Renault ZOE received a 41 kWh battery (and soon also the 80 kW R110 electric motor) - much more than its 22 kWh battery pack several years ago.

There was many more changes and upgrades, but which of the three is the best, according to Autocar's test drive?

Well, the winner is 2018 Nissan LEAF because it's a decent all-around car, with longer range (151 miles / 243 km EPA). The Volkswagen e-Golf received higher ratings for interior, exterior and driving experience, but its higher price and lower range prevented it from beating the LEAF. Third place was taken by Renault ZOE, which is the smallest of the three with one big advantage - the convenience of driving and parking in the city.

"1st - Added range, refinement and abundant charging infrastructure propel the new Leaf to the top of the ‘affordable EV’ rankings

2nd - Still a wonderfully well-rounded product, and boasts an interior of class-leading quality. Needs to go further on a full charge, though

3rd - Likeable, capable and, although a bit out of its depth next to larger electric rivals, it arguably beats them for city driving"

A little more info on the LEAF vs e-Golf:

"Time is short and so next up is the £28,230 e-Golf. No question, outwardly it’s the most desirable of the three and, not to unduly do the Zoe down, it’s also the car the Leaf really needs to beat. The LED tusks in the front bumper are quite a statement, but otherwise it’s just a Golf, and as such is a uniquely approachable yet aspirational device. While Nissan has taken some strides forward in the tangible quality of the Leaf, once inside it’s clear the German car remains in another league of solidity and polish."

"Is the eagerly anticipated second-gen Leaf the finest EV here today? It isn’t, in truth, because the e-Golf remains the more neatly resolved package: better to look at, better to drive, better to be in. But the Nissan isn’t so far behind, and has a tyre on the VW’s jugular in the form of greater range."