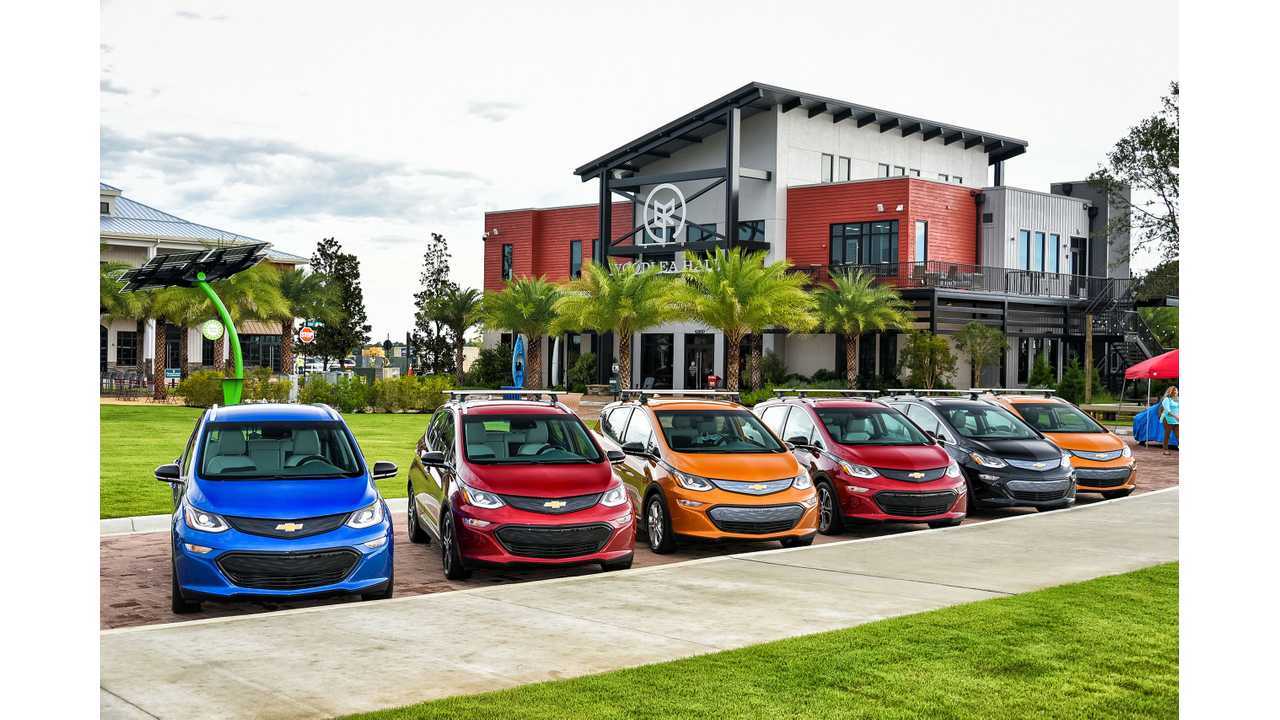 Will 2017 be remembered as the year when electric vehicles (EVs) made the move from niche production to the mass market? Noting that roughly 1.3 million EVs were sold around the world last year, a 57 percent increase over 2016 sales, global consultancy McKinsey predicts that EVs’ share of total passenger vehicle sales could reach 30 to 35 percent in major markets like China, Europe, and the US by 2030. In partnership with automotive benchmarking specialist A2Mac1, McKinsey recently took a deep dive into EV technology and identified four strategies that automakers should follow to remain relevant as the industry transforms itself.

EVs reached a major milestone in 2017. The main obstacles to mass market adoption have been driving range and price. With the launch of Tesla’s Model 3 and GM’s Chevy Bolt, both of which offer a range of over 250 miles, McKinsey believes that the range issue has basically been solved, and that automakers can now focus on reducing price points, either by increasing design efficiency or reducing manufacturing costs. To be successful at this, McKinsey believes they will need to follow four technical strategies.

Native EVs - cars built on a custom electric platform, rather than adapted from legacy fossil-fuel vehicles - cost automakers more to develop, but offer multiple advantages. A native EV doesn’t have to be designed around bulky components that are no longer needed, such as drive shaft tunnels and exhaust systems, so it can accommodate a bigger battery pack. The pack can also be placed where it makes the most sense - at the bottom of the vehicle. This “skateboard” design, made famous by Model S designer Franz von Holzhausen, has since been copied by other automakers. Not only does it improve handling by giving the vehicle a lower center of gravity, it also opens up much more space for passengers and cargo.

2 - Push the boundaries of powertrain integration

McKinsey’s benchmarking revealed a continuing trend toward EV powertrain integration: EV-makers are integrating components such as inverters, motor controllers, etc, into fewer modules. One indicator of the increased level of integration is the design of the electric cables connecting the main electric powertrain components (battery, motor, power electronics and thermal management). McKinsey observed a decrease in both cable weight and the number of parts in the latest electric models compared with earlier vehicles.

EV powertrains are inherently more flexible, as the components are generally smaller, and designers have more freedom to place them in the best positions to optimize space. McKinsey found that the Chevy Bolt seems to use an ICE-like positioning of its powertrain electronics, whereas the Tesla Model 3 integrates most components directly on the rear of its battery pack and rear axle.

3 - Stay ahead in the technology game

Electric vehicle customers tend to be tech-savvy - they expect to have the latest driver-assistance systems, connectivity features, and infotainment goodies. This almost obligates EV manufacturers to equip their vehicles with the highest levels of technology available. However, McKinsey sees this as an opportunity, as it creates a great testing field for the new technologies that OEMs and third-party providers are developing.

Vehicle controls are steadily migrating from physical knobs and switches to a more central, smartphone-like user interface. Of course, Tesla’s Model 3 is the ultimate example of this, but most EVs are following the trend of clearing the clutter. “We observed EVs in our benchmark that have as few as seven physical buttons in the interior, compared with 50 to 60 in many standard ICEs,” says McKinsey.

Above: An emphasis on tech inside the Tesla Model 3 (Instagram: bens_tesla)

Behind the scenes in vehicles’ electronic control units (ECUs), the trend is also toward more consolidation. Legacy autos are controlled by a jumble of different computer systems, often from different suppliers, that talk to each other in limited ways or not at all. Once again, Tesla led the way. In a 2014 interview, Tesla founder Ian Wright told me that his 2008 Volkswagen probably had “sixty or seventy electronic black boxes, 300 pounds of wiring harness, and software from 20 different companies in it.” Tesla’s vehicles use one central computer system. “The major reliability problem with those cars is the electronics and software,” said Wright. “I think Tesla did take a real Silicon Valley systems architecture perspective in designing all the electronics in the Model S.”

In an EV, electronics and software are the heart of the vehicle, and Wright predicted that, as the majors began to produce EVs, they would eventually be forced to adopt a more systems-oriented approach. McKinsey found that this prediction is coming true. Automakers are finding that a centralized approach gives them the chance to own a key control point in the vehicle, helps to save on weight and costs, and may improve reliability. Central, high-power ECUs “could also be the backbone for developing fully autonomous driving.”

Legacy automakers are still struggling to make a profit on their EVs, mainly because of high battery costs (not Tesla, which claims to be earning margins of over 20% on Model S and X sales). Now that the range issue has been more or less solved, McKinsey believes OEMs will need to apply design-to-cost (DTC) strategies to produce EVs at attractive price points while earning decent margins. Fortunately, this is something that established OEMs and suppliers are good at, so they may be able to quickly catch up. For example, improvements in battery technology may allow automakers to switch from lightweight but costly aluminum to more cost-efficient steel (a shift Tesla has already made with Model 3).

Can the traditional automakers make money in the volume EV market? Many industry observers are skeptical - one reason for the companies’ reluctance to embrace EVs may be that they see them as a lower-profit proposition. In the first public acknowledgment of this dynamic, Daimler recently announced that it foresees an end to profit growth this year, partly due to the high costs of making the shift to EVs. Certainly, it’s difficult to imagine that any EV will ever yield the prodigious profits of a vehicle like Ford’s F-150 pickup, which has been called the most profitable consumer product in history.

However, McKinsey believes that, if automakers heed its sage advice and take the aforementioned four EV design steps into consideration, they should be able to reduce the higher manufacturing costs of EVs and find their way to a positive mass-market business case. An era of profitable mass-market EVs could be on the horizon, and that would be good news for consumers, the environment - and forward-looking automakers that are willing to take some risks and embrace change.