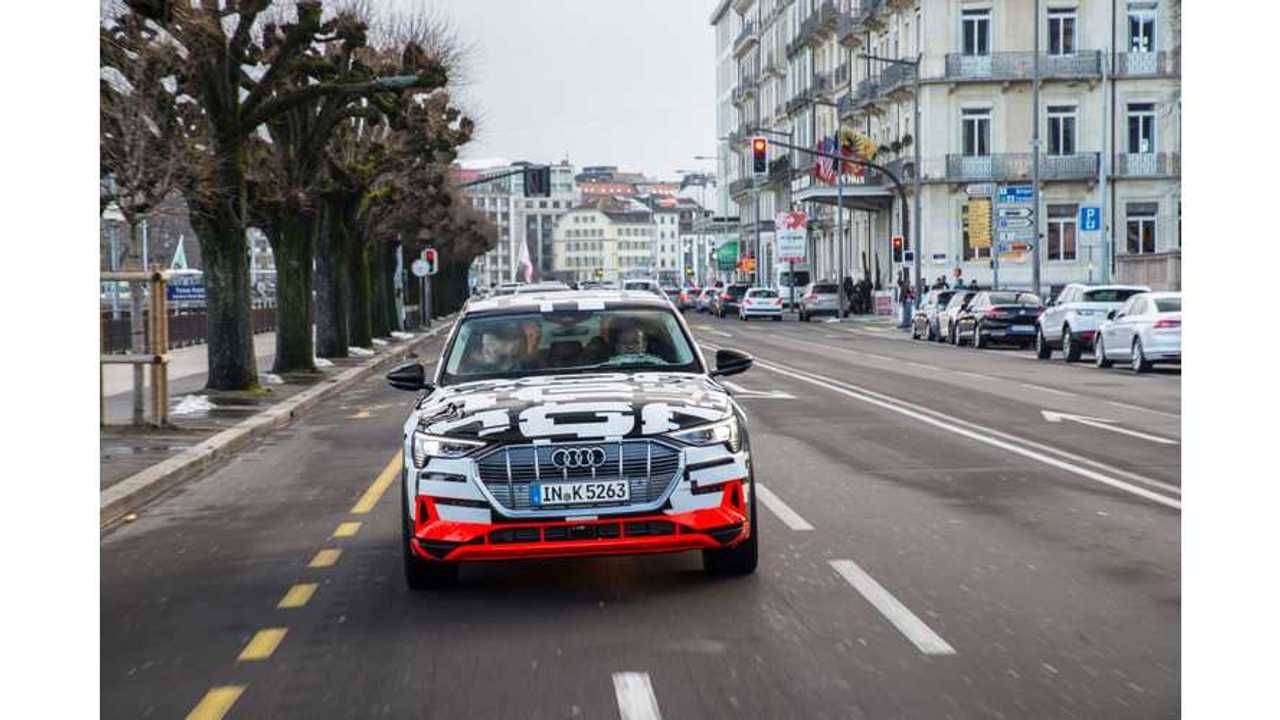 As the Audi E-Tron prepares for its upcoming launch, the automaker has significantly upped its "digital content," to significantly reinvent quality control in manufacturing.

According to Autocar, all of Audi's 2,800 employees (primarily at the company's Ingolstadt headquarters) are integrating new practices due to electrification efforts and upcoming vehicles' changing level of complexity.

The quality department focuses on some 500 vehicle functions, and with the added battery-electric E-Tron, there are 100 computer controls nodes and 100,000 signals to deal with. In an ICE car, this is only about 12,000. Warner Zimmerman, Audi's head of quality assurance shared:

Audi is going through its biggest change ever as it transitions to become a digital company and quality is one of our core competences, with our customers having expectations for the function, comfort, value and reliability of our cars.

One example is Audi's use of highly advanced digital technology to assure tight panel gaps. This is now being forwarded to design and development of EVs. Autocar explains:

Currently, a master jig is created 10 months ahead of Job One (the start of production), when production tooling becomes available to fine-tune the body to a perfect panel fit. Audi uses the same 0.2mm tolerance in its interiors, which also have their own master jig. A new bit of kit in the department is an optical jig, built around two 16MPM digital cameras mounted on robotic arms, which can build up a 3D picture of a complete production body in four hours – a 100GB file. The ‘tactile’ scanners of old took 48 hours to do a similar but less thorough job.

Troubleshooting at a whole new level is Audi's next step. The automaker notes that in connected cars, changes are occurring daily. The team will test about 600 cars, which are constantly sending real-time data back to the team for immediate fixes.

A more digitized vehicle, like the A8, can send as much as 50GB of data in an eight-hour workday, as compared to an entry-level A3 only logging 3GB. With EVs, this number will escalate further. Arnd von dem Bussche-Hünnefeld, chief of Audi vehicle quality said:

The technology is not speeding up development but allowing us to cope with 30% to 50% more data.

So, he's making it clear that this won't allow EVs to be produced faster, but instead, better. Just the fact that the battery must be charged (and it's not a quick process) slows down the testing process as compared to an ICE vehicle.

For electric vehicles, Audi's primary new weapon of choice is a $1.8-million electron scanning microscope, which can check the finite details of not only paint, coatings, adhesives, and films, but also semi-conductors, chips, circuit boards, touchscreens, and sensors. Senior engineer Stefan Simon explained:

The automaker has also recently cleared Valeo Lidar for use in Level 3 self-driving, which is yet another system that will benefit from the application of that automaker's new digitized testing procedures.

Keep the conversation going 0n our Forum. Start a new thread about this article and make your point heard.