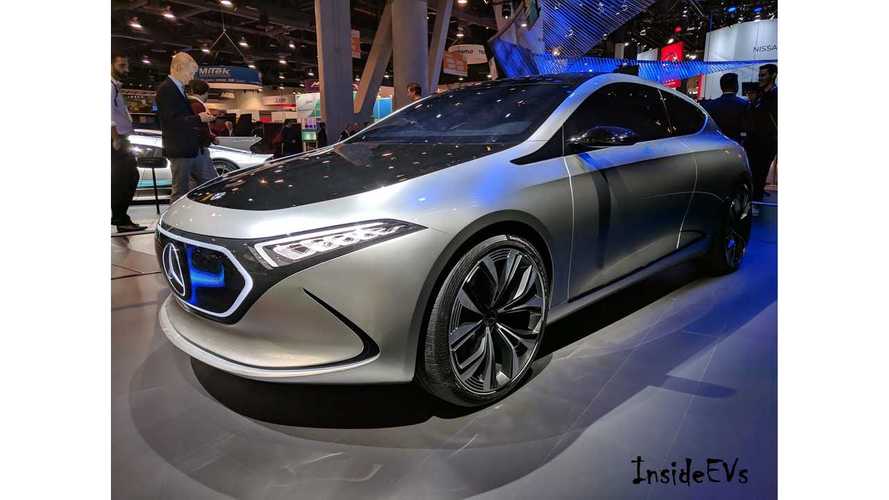 The upcoming EQ C crossover will spearhead Mercedes’ green agenda bound to include a total of 10 fully electric models by the middle of the next decade. All of them will share a newly developed modular electric architecture and one of the models will be a sedan similar in size with the C-Class. Although it will have roughly the same proportions, the zero-emissions sedan is going to have a different design as a way to separate the EQ-branded cars from the company’s regular models.

Mercedes officials have revealed that rather than giving the C-Class a pure electric powertrain, that role will be attributed to the new EQ model expected to go on sale by 2022. It’s going to be a similar story with the S-Class as instead of losing its combustion engine, a large sedan of just about the same size will boast an all-electric setup to become a top-tier member of the EQ lineup.

Getting back to the C-Class, the recently revealed mid-cycle refresh has further electrified the model as now there’s also a plug-in hybrid version with a diesel engine, too. Known as the C300de, it joins the familiar C300e equipped with a gasoline engine, and both will cover approximately 31 miles (50 kilometers) running solely on electric juice based on the outgoing NEDC cycle. The extended EV range was achieved by increasing the capacity of the lithium-ion battery pack from the previous 6.4 kWh to 13.5 kWh.

The two partially electrified C-Class models benefit from the company’s third-gen hybrid system able to automatically adapt by using data from the navigation system as well as the information coming from the radar sensor and the camera.

But if you would rather have a Mercedes without a combustion engine, the aforementioned EQ C will go on sale at the beginning of 2019. It will be followed by a smaller electric hatchback previewed by the EQ A concept last year at the Frankfurt Motor Show.