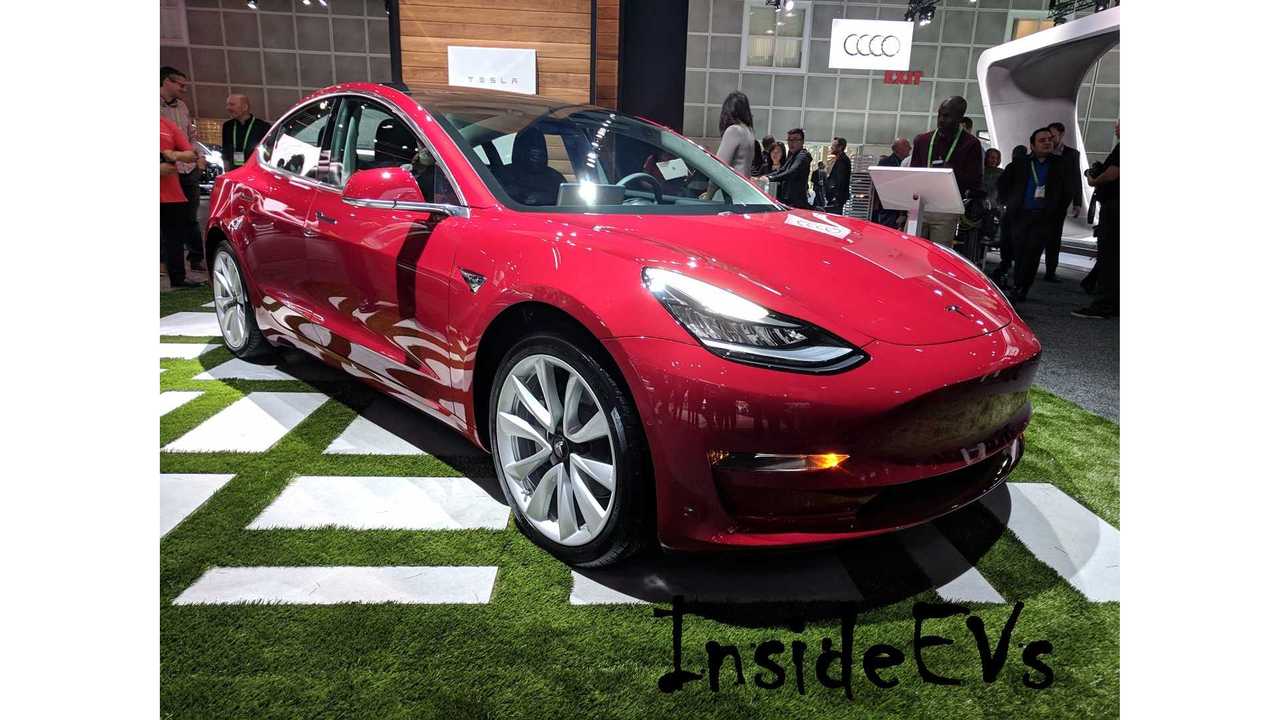 Popular Mechanics (PM) suggests that this year may be the beginning of the end when it comes to "cars that make us happy to still be in the driver’s seat." PM writes:

In the face of imminent autonomy, we explore the unexpected abundance of four-wheel fun.

Related: Automobile Awards Tesla Model 3 With Design Of The Year

Despite the fact that many people know of Tesla's Autopilot system (for reasons positive and negative), added to the fact that the Tesla Model 3 was designed with full self-driving in mind, it's not there yet. As far as PM is concerned, this may have paved the way for the Model 3 to earn such high honors this year.

The Model 3 is a mass-market electric car that boasts performance, which puts it in a league of its own. It's the first car since the 1964 Ford Mustang to garner such mass appeal, with about a half a million pre-paid reservations. Needless to say, Tesla has been unable to chip away at even a fraction of those and it could be years before all variants are available and all orders are filled. PM shares:

The demand makes sense. I try to reserve judgment on any car until I drive it, but the Model 3 sure looks good on paper. Tesla claims zero-to-60 times in the five-second range—unofficially, the first owners are getting into the fours.

You know what else is rear-engine, rear-wheel drive? The Porsche 911. That’s fine company for a car that’s priced like a Buick LaCrosse.

The brief review of PM's Long Range Tesla Model 3 goes on to explain the car's minimalistic design. Though it was strange at first, it took no time to get used to. Autopilot seemed reliable and provided a pleasant experience. The car is not as mind-blowing as the Model S in terms of acceleration, but its instant torque is seamless and it will easily blow past performance cars with twice the price tag (and with no effort).

While the publication appears pretty enamored overall, it's clear that the Model 3, like any car, has its flaws. PM suggests that a head-up display would solve the problem of having the speedometer out of the driver's immediate line of sight. Cost-cutting efforts are clear throughout the vehicle as well. But, these small issues aren't enough to take the top spot away from the Model 3. PM concludes:

But I think I could live with such compromises. In fact, I know I can, because when I get home, I do something that I’ve never done with any of the other thousands of cars I’ve tested: I put down a deposit. I pay my $1,000 and get in line. Maybe I’m number 450,001. Maybe I’m doing this because I enjoy supporting a guy who builds rockets and shoots cars into orbit. I don’t care. Because unlike almost everyone who’s reserved a Model 3, I’ve actually driven one. I know that it’ll be worth the wait. And while I wait, it makes me happy to think that sometime in 2019, I’ll have the Popular Mechanics Car of the Year in my driveway.