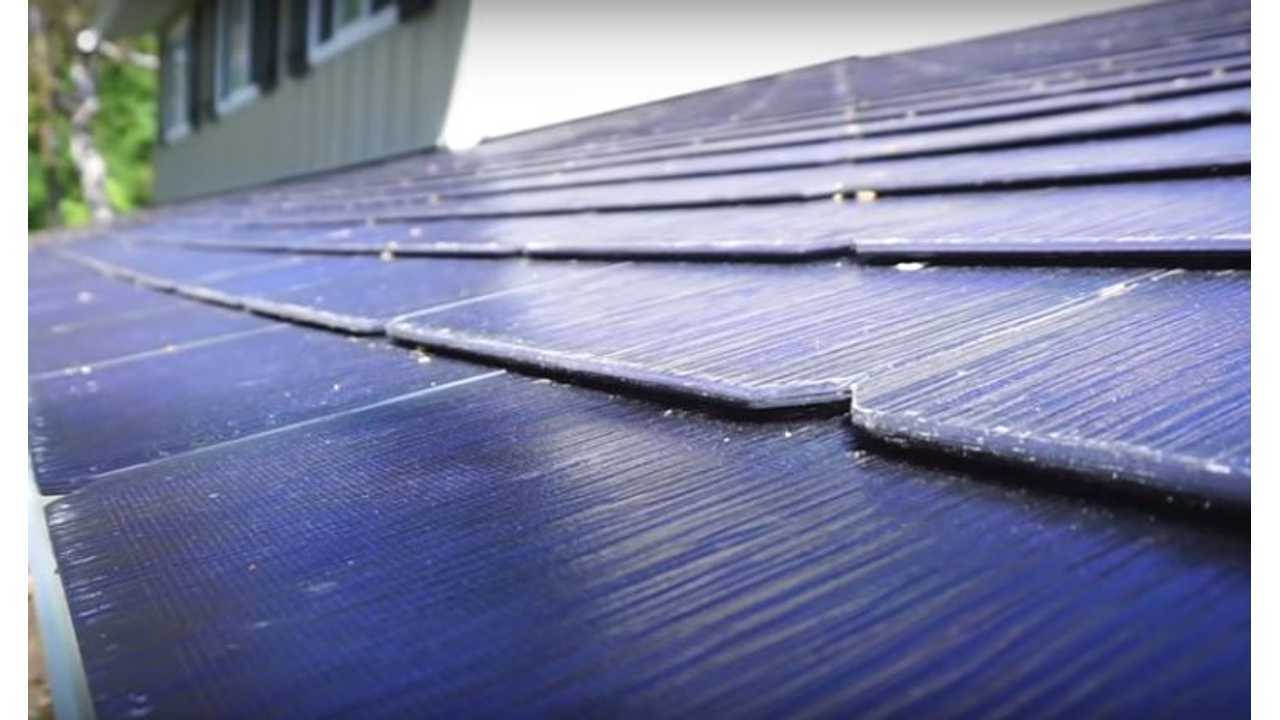 Behold, one of the first examples of a Tesla Solar Roof in the wild.

***Update: Our good friend Alex Guberman had an opportunity to travel to a home with one of the first Tesla Solar roof installations. He gets to check it out firsthand and interview the homeowners. We previously shared another of the first installations with you (shown below), but very little information was available. Now, Alex has hooked us up with the details.

It sure is swell (and different) to see the Tesla Solar Roof on a typical home, rather than the stock promo pictures that Tesla previously released. According to Toblerone (@Toblerhaus) on Twitter, this is a ~10 kW system. It should cover all of her family's energy needs, with extra to spare.

She says it took about three weeks to install, which is longer than normal, but this was due to an unreasonable amount of rain. Now, she just has to wait for the local power company to approve its use.

The Tesla Solar Roof is every bit as beautiful as I hoped. Hoping @PGE4Me allows us to turn it on very soon. I feel like we’re living in the future! @Tesla @elonmusk pic.twitter.com/PoAm14peFB

If you read through the comments on Twitter, there are a variety of references to pricing, though they are vastly inconsistent. The bottom line is - as we've reported before - the Tesla Solar Roof is more expensive than the competition, but it's extremely durable and features a lifetime warranty.

Any solar roof will cost significantly more than a standard roof, but you're getting a means for creating your own energy, which, over time, will end up saving you money. You also get a federal tax rebate on the solar portion of the roof, as well as the battery.

You can click here to get a custom quote from Tesla.

A rare look at one of the first installations of Tesla Solar Roof in California including the interview with the owners, great footage of the solar roof’s tiles / shingles and my overall impression and review of this amazing product.