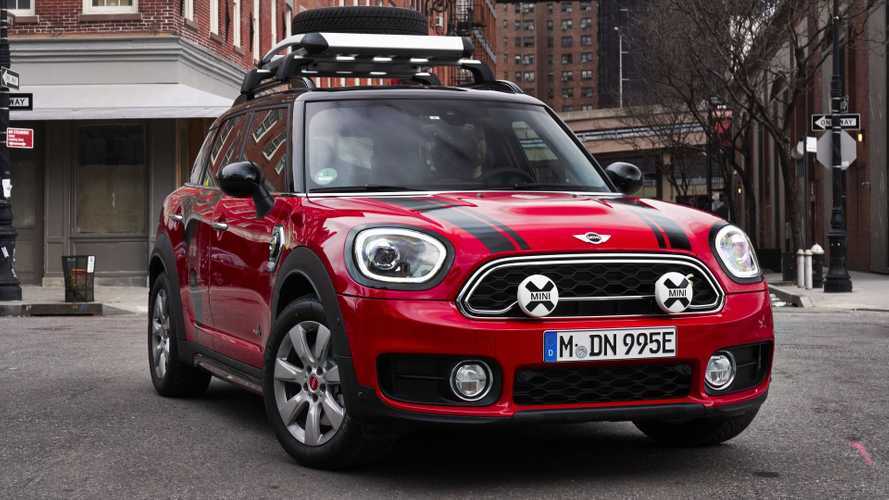 Mini’s first-ever plug-in hybrid production vehicle aims to demonstrate electro mobility is the future by embarking upon an exciting adventure on the world's longest north-south road link. The weapon of choice is the Cooper SE Countryman All4, but not the standard version as the vehicle has gone through a few minor changes to make it ready for the trip of a lifetime.

It rides on tires “with emergency running characteristics” (likely run-flat) and has received an extra pair of headlights mounted on the grille for superior illumination. There’s also a roof rack holding a spare tire, which might come in handy during the vehicle’s adventure from North America to Tierra del Fuego after stopping by at the 2018 New York Auto Show.

The main idea behind the long-haul journey during which the car will cover a whopping 25,750 kilometers (16,000 miles) is to prove a plug-in hybrid powertrain is not just for short distances around town. The Panamericana a.k.a Interamericana, Ruta Panamericana or Pan-American Highway links the U.S. state of Alaska with the Argentinean Tierra del Fuego and it actually has a total length of 48,000 km (29,825 miles) if we include all of the alternative routes.

It won’t be covering the entire distance on four wheels as the Countryman Panamericana Plug-in Hybrid will have to hop on a ship in the border area between Panama and Colombia. During its fascinating trip, the partially electrified Mini will have to tackle everything from high mountain passes and dense jungles to gravel roads and great highways.

The car won’t go through any changes in the powertrain area and that means it will combine the same turbocharged 1.5-liter three-cylinder gasoline engine with an electric motor. The combustion engine is good for 134 horsepower and 162 pound-feet (220 Newton-meters) of torque whereas the electric motor is rated at 87 hp and 122 lb-ft (165 Nm). That gives the hybridized Mini a combined output of 221 hp and 284 lb-ft (385 Nm), good for a sprint to 60 mph (96 kph) in 6.8 seconds. With the battery fully charged, the Countryman will cover up to 24 miles (40 kilometers) running solely on electric juice.