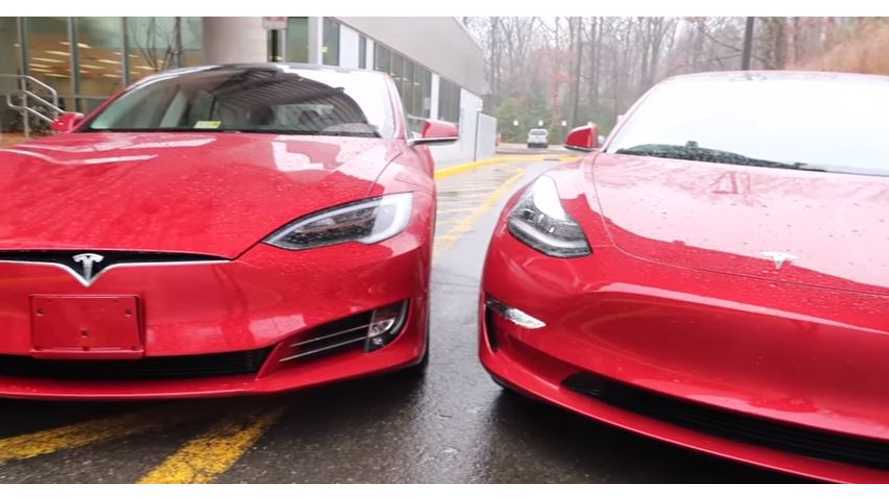 We can't say we're surprised that plug-in electric vehicle sales were up again this March, but the height at which they rose is incredible for the segment.

For the month, an estimated grand total of 26,373 plug-ins were sold. This sets an all-time record for U.S. plug-in sales. The previous two records were set in December 2016 and December 2017, with 26,107 and 24,785, respectively. The fact that this record was set this year in March is huge news. We can't wait to see what this December brings!

The Tesla Model 3 leads the pack with a whopping 3,820 deliveries (production numbers here). This marks three months in a row that the Model 3 has been at the top of our chart, and this month's numbers set an all-time record. We assume that it will not leave that top position at any point in the foreseeable future.

The Tesla Model S claims the second-place position for the month, with 3,375 sold. However, it comes in third overall for the year thus far. The Model X lands in the fourth spot for March and for the quarter overall.

Not surprisingly, Toyota's Prius Prime plug-in continues to soar, taking the third-place spot for the month, at 2,922, but claiming the second position overall for Q1.

The Chevrolet Bolt EV, Chevrolet Volt, Nissan LEAF (March sales here), and Honda Clarity (in that order) round out the next several spots on our scorecard for the quarter as a whole, all having sold 1,000 or more copies last month.

Rounding out the top ten list for the quarter, we have the Ford Fusion Energi at No. 9, followed by the BMW i3's March sales surge putting it in the 10 spot.

Other Statistical Points of Interest from March 2018

Pure Electric Car Market Share vs PHEV In March* Notable All-Time Time Highs Set In March By Model *Based on estimates due to the lack of U.S. sales reporting by Tesla and the BMW i3 splits (BEV/REx)