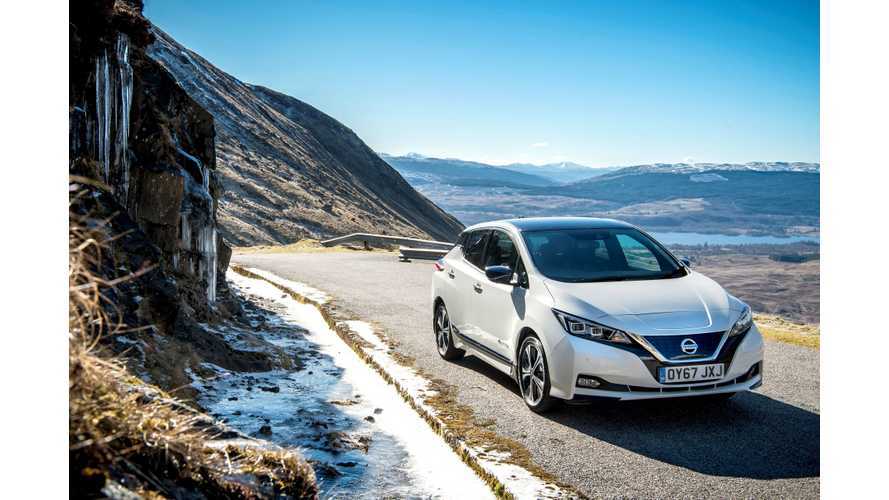 Another month will soon be on the books, which brings us to the end of the quarter. Soon, March EV sales will provide us a much-improved forecast for the year ahead.

The start of 2018 was a bit rocky, with January numbers below our estimates. Sure, the first month of the year is historically never stellar for the segment, but sales were lower than most expected. February came and we had to wait forever to get the final numbers, but, in the end, it was worth the wait. The month exceeded our forecast significantly.

March has now come and gone and we're eager to get all the figures in so that we can paint a better picture of the year ahead. Though we have no official numbers yet, we can tell you what we do know, as well as a little bit about what we expect.

Nearly every vehicle on our chart showed growth from January to February, some of which was massive. This trend should continue throughout the year, with March securing solid proof.

Despite Tesla Model 3 production issues, recent information leads us to believe that March will see a reasonable improvement from February. Tesla will report sales this week, so we'll have to wait and see what the automaker discloses. Then, we'll sort out the numbers. As far as the Model S and X are concerned, we expect to see numbers pretty consistent with last year.

Nissan has finally got the ball rolling withU.S.-based 2018 LEAF production and inventory. Deliveries soared in February, but only due to several months of almost non-existent sales. The numbers should be up for March, but it's really hard to predict exactly how much of an improvement we'll see. Once the numbers are in, it should give us a solid idea of how the LEAF will fare throughout the remainder of 2018.

We can't forget about Chevrolet's plug-in siblings, the Volt and Bolt, neither of which had a strong January. The Volt's downturn continued in February, but fortunately, Bolt sales were up month-over-month and year-over-year.

Other vehicles that deserve mention are the Toyota Prius Prime and Honda Clarity PHEV. The Prime closed out 2017 in the fourth spot overall on our sales chart and has maintained second place thus far this year. The Clarity PHEV secured an almost miraculous December, which was its first full month of sales. It succeeded again in February, edging it closer to the top competitors in the segment.

With January a bit on the scary side, and February bringing considerable promise, what story will March tell?