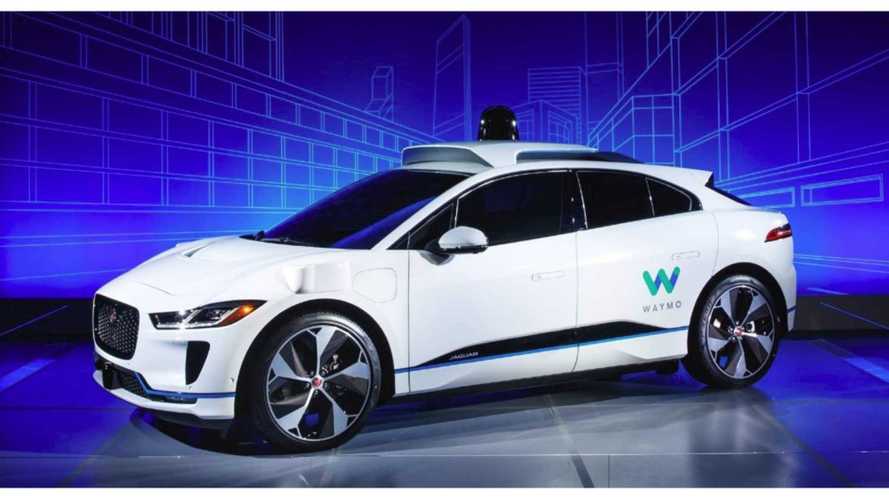 Jaguar has just announced a long-term partnership with Google's Waymo, which will see up to 20,000 autonomous I-Pace electric SUVs hit the streets.

The deal, announced today ahead of the opening of the New York Auto Show, claims to be the "world’s first premium self-driving electric vehicle for Waymo’s driverless transportation service."

Tests of Waymo-equipped I-Paces will begin later this year.

Interestingly, Jaguar says "up to 20,000 I-PACE vehicles will be built in the first two years of production and be available for riders of Waymo’s driverless service, serving a potential one million trips per day."

That's a whole lot of I-Paces just for Waymo, so perhaps production of this electric SUV will be much higher than anticipated.

● First Waymo self-driving I-PACE will start tests in 2018, and become part of Waymo’s driverless fleet from 2020

● Up to 20,000 vehicles to join Waymo’s fleet in the first two years of production

● Jaguar Land Rover and Waymo to explore other future collaborations

Waymo Jaguar I-PACE vehicles, equipped with Waymo's self-driving technology, will start testing later this year. On-road testing and capturing real-world data, will allow Waymo and Jaguar Land Rover engineers to refine technology and deliver optimum safety and reliability. Up to 20,000 I-PACE vehicles will be built in the first two years of production and be available for riders of Waymo’s driverless service, serving a potential one million trips per day.

The Jaguar I-PACE was launched earlier this month and is the company’s first full-electric SUV. It is all-new from the ground up and is a no compromise, desirable and practical electric performance car. Jaguar Land Rover is committed to investing heavily, becoming automotive leaders in autonomous, connected and future electrified technologies.

To date, Waymo is the only company with a fleet of fully self-driving cars — with no one in the front seat — on public roads. Later this year Waymo will launch the world’s first self-driving transportation service allowing members of the public to use Waymo’s app to request a vehicle.

Prof. Dr. Ralf Speth, Jaguar Land Rover Chief Executive Officer said: “With the Jaguar I-PACE we have a world-beating car that’s captured the imagination of customers around the world. Our passion for further advancing smart mobility needs expert long-term partners. In joining forces with Waymo we are pioneering to push the boundaries of technology. Together we will deliver the self-driving Waymo Jaguar I-PACE with the grace, space and eco-pace that customers expect.”

John Krafcik, Waymo Chief Executive Officer said: “While we've been focused at Waymo on building the world's most experienced driver, the team at Jaguar Land Rover has developed an all-new battery-electric platform that looks to set a new standard in safety, design and capability. We're sure Waymo riders will enjoy the safe, premium and delightful experience that the self-driving I-PACE will provide.”

The Waymo Jaguar I-PACE is being shown at the New York International Auto Show.

● The new all-electric I-PACE is available to order now, with first customer deliveries starting this summer

● Designed from the outset as an electric vehicle (EV), the I-PACE offers bold aero-efficient design, and interior space for five adults and luggage