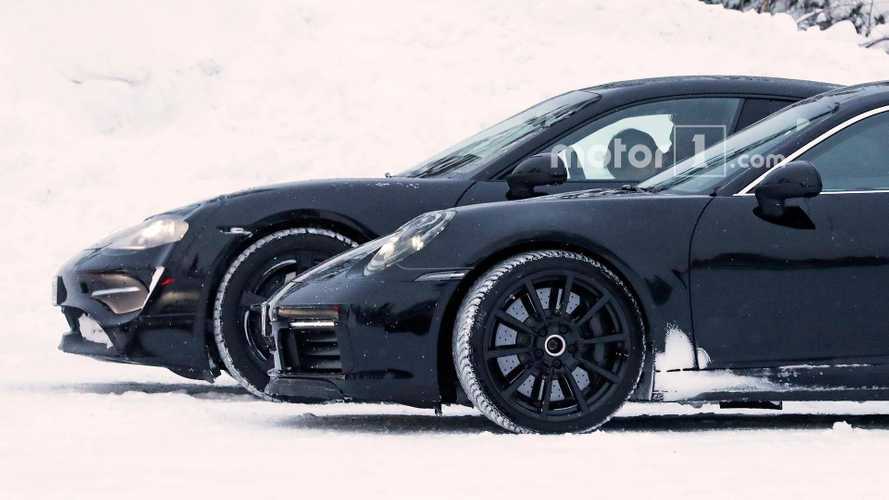 CEO Oliver Blume also revealed there are no plans for pure electric versions of the Cayman, Boxster, and 911.

Talks about an electrified 911 have intensified in the last few months, and with the arrival of the 992 later this year, chances are we will be hearing more in the near future about the hybrid Nine Eleven with plug in capabilities. But before some of you looking for eco-friendly performance get your hopes up too high, the partially electrified 911 won’t be launched from day one as Porsche will wait a few years to give the combustion engine an electric motor companion.

Speaking with the media gathered at Porsche’s annual results conference, CEO Oliver Blume reiterated a plug-in hybrid 911 is indeed in the making. The reason why it won’t be introduced right away with the 992 is because current battery technology is not yet on a par with Porsche’s expectations. Therefore, the head honcho announced we “should not expect a plug-in version in the coming years.”

He went on to specify the new 911 derivative is locked in for a release at the same time with the mid-cycle refresh of the 992. Taking into account the outgoing generation of the model will bow out after roughly seven years on the market, and assuming the 992 will have a similar life cycle, expect the plug-in hybrid to arrive in about four years from now, so around 2022.

In a previous statement, Blume revealed the hybridized 911 could pack as much as 700 hybrid horsepower, thus matching the output you’ll get in the hardcore GT2 RS. It could feature an adaptation of the powertrain found in the Panamera E-Hybrid by combining a turbocharged six-cylinder engine working together with an electric motor.

Blume ruled out a fully electric version of the 911 and he also mentioned the 718 Boxster and 718 Cayman models won’t be losing their combustion engines in the foreseeable future. Porsche’s CEO did confirm more versions of the Mission E pure electric sedan are being planned, with the Cross Turismo shown earlier this month in Geneva likely slated to arrive in 2021 as a zero-emissions rugged wagon with a lifted suspension.