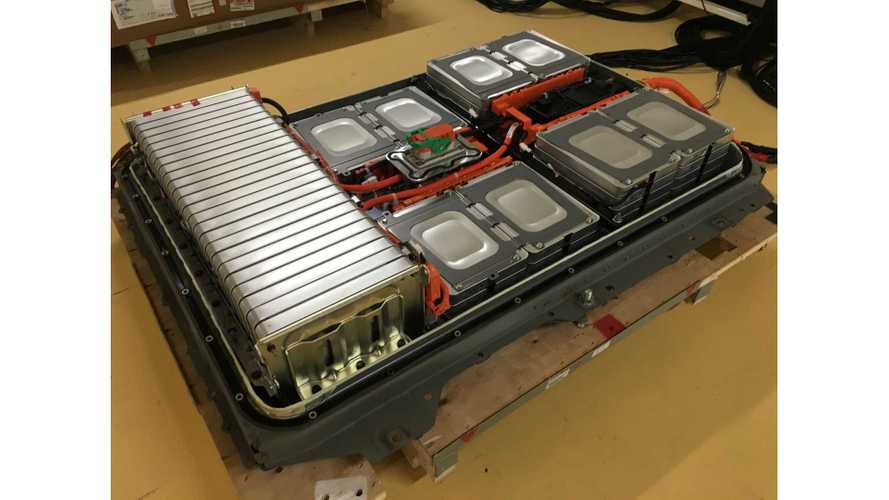 Announces exchange costs for new 24, 30 and 40 kWh LEAF batteries too.

Nissan is finally launching the exchange program for Nissan LEAF batteries in Japan that enables LEAF owners to trade in old batteries for refabricated ones.

Sales of the refabricated packs will start in May.

Nissan will offer refabricated batteries for the Nissan LEAF under a new, fee-based exchange program

"Starting in May, owners of the 100% electric Nissan LEAF can turn in their used batteries and, for a fee, receive refabricated ones. Nissan is using the battery-refabrication capabilities of 4R Energy Corp., a company established through a joint venture with Sumitomo Corp., to offer the program.

As demand for electric vehicles grows, the number of used batteries will increase significantly. Nissan hopes that by reclaiming these batteries, it can help lower battery replacement costs and heighten the used-car value of electric vehicles. This will enhance the electric-car ownership experience, which in turn will help promote their use, ultimately contributing to lower CO2 emissions."

The new offer is made possible through the launch of a new factory in the town of Namie in eastern Japan, built by 4R Energy Corporation, a joint venture between Nissan and Sumitomo Corporation.

According to Nissan, this is Japan’s first factory specializing in the reuse and recycling of used lithium-ion batteries from electric vehicles.

The 4R plant in Namie, Japan, will specialize in the reuse and recycling of batteries from electric vehicles.

"Japan’s first plant specializing in the reuse and recycling of lithium-ion batteries from electric vehicles is set to open amid growing demand for electric cars.

The new factory, in the town of Namie in eastern Japan, will be operated by 4R Energy Corporation, a joint venture between Nissan and Sumitomo Corporation.

The number of electric cars on the road is rising rapidly as environmental issues, including climate change, weigh on the minds of motorists around the world. The availability of used lithium-ion batteries is expected to increase significantly in the near future as buyers of the first generation of electric cars look to replace their vehicles. The recycling and refabrication of such batteries is expected to have a substantial impact on the battery industry, affecting demand for new battery materials, and on the environment and society as a whole.

Established in 2010 by Nissan and Sumitomo Corporation to focus on the effective reuse of electric-car batteries, 4R has gained valuable expertise. The company has developed a system that quickly measures the performance of used batteries, and it plans to apply this innovative technology to batteries collected from all over Japan at the Namie plant.

Nissan will offer refabricated batteries for the Nissan LEAF under a new, fee-based exchange program

The plant will serve as the global center for 4R’s development and manufacturing. The batteries recycled and refabricated at the factory will be used to offer the world’s first exchangeable refabricated battery for electric vehicles, and will also be used in large-scale storage systems and electric forklifts. The plant is the first new factory in Namie since the town was devastated by Japan’s March 2011 earthquake and tsunami, and is expected to help revitalize the local economy.

As a leader in zero-emission technologies, Nissan seeks to realize a sustainable-mobility society by developing and marketing electric vehicles and promoting their use globally.

Sumitomo Corporation is a firm believer in the positive impact of electric vehicles on the global environment and is contributing to the expansion of their use in collaboration with 4R. The company’s continuing efforts include promoting the reuse and recycling of used electric-car batteries for purposes including the development of stationary power storage systems."