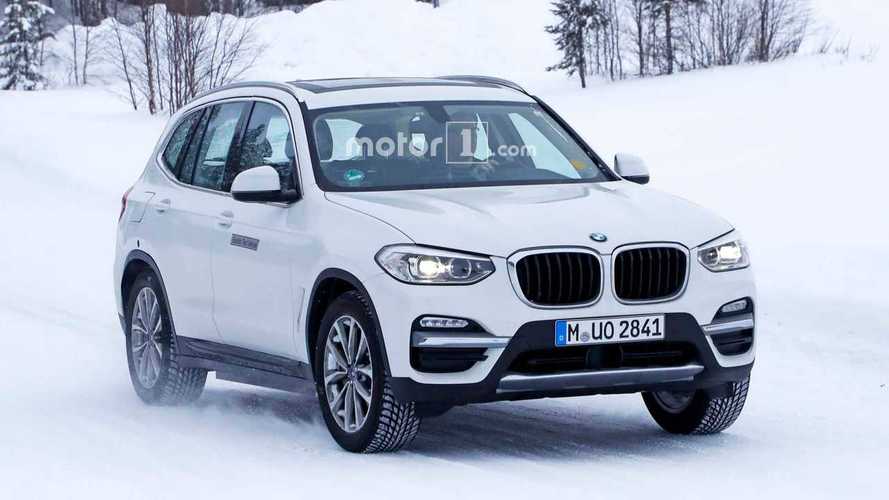 The iX3 would be BMW’s third offering under its electrified sub-brand.

BMW’s plan for an onslaught of electric vehicles isn’t news. The automaker has been quite vocal about its future powertrain and product plans. One upcoming vehicle is an electric version of the X3 crossover, aptly named the iX3. Now, BMWBlog.com is reporting the electric crossover could debut as soon as next month at the Beijing Motor Show. BMW CEO Harald Krüger announced the automaker would preview the new iX3 this year before production begins in 2020, according to the publication.

“Over the course of the year, we will present a number of pure-electric concept vehicles that will all go into series production, like: The first all-electric BMW – the iX3,” Krüger told the press, according to BMWBlog.com. “Our new technology flagship, the BMW iNEXT, the captivating BMW i Vision Dynamics, which I just announced in Geneva as the BMW i4.”

The iX3 will be based on the current G01 X3; however, it should differ drastically regarding visuals. Range and performance have not yet been announced.

The iX3 is just the latest offering in BMW’s plan to launch an estimated 25 new models across its brands that use some electrification for propulsion. That includes 12 models that will be fully electric. BMW plans to offer the 25 models by 2025. Currently, BMW offers the fully-electric i3 hatch and i8 hybrid sedan. Other future models include the already mentioned ix3, iNext crossover, and an i4 sedan.

The crossover platform should allow the iX3 to offer plenty of range, likey offering more than 300 miles. Such platforms allow for higher capacity batteries that assist in extending an EV’s range.

BMW will be releasing several i-branded vehicles over the next several years. BMW owns the rights to the badges i1 to i9 and ix1 to ix9 for future electric sedans and crossovers.