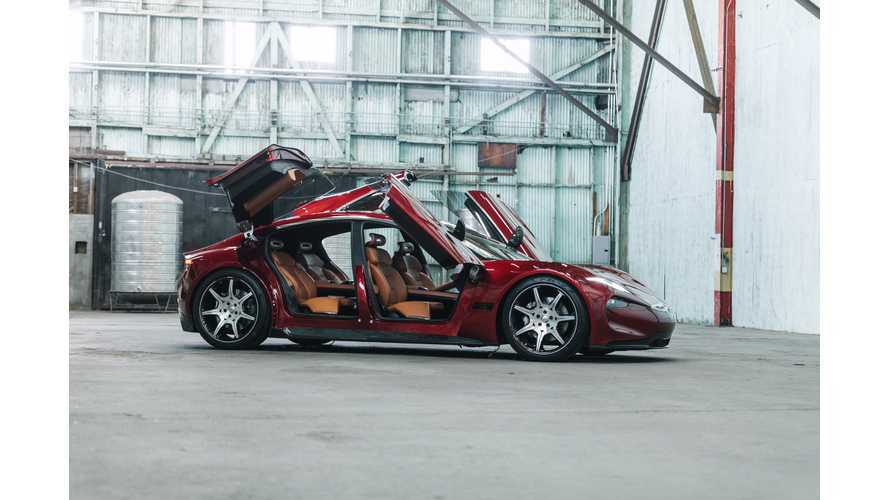 Back in the autumn of  2016 when Henrik Fisker launched his latest foray into the automobile manufacturing business, the focus was on a "game-changing" flagship vehicle, since revealed to be the EMotion. Like Tesla, and the original iteration of Fisker for that matter, there was also mention of a future model which would bear a more modest $40,000 price tag.

Despite the brief mention of a $34,000 vehicle during the unveiling of the $190,000 (loaded) EMotion at this year's CES, we haven't heard too much about this more affordable Fisker. That is, until it came up in a recent conversation with Autocar. In a discussion of his companies announced products — the sexy EMotion and the somewhat-less-sexy autonomous Orbit — the topic of a third $40,000 product was broached, with Fisker defending his firm's ability to handle producing multiple products at the same time.

The Fisker Atlantic was to be the more affordable model of the original Fisker company.

It is the entrepreneur's view that automakers today need to have a varied lineup: no more only focusing on only sportscars, for instance. And certainly, no one can accuse Fisker's proposed vehicles of being too similar. The key to success, according to Mr. Fisker, is partnering with companies that can help him scale up production “in a high-quality manner.” To that end, the California outfit already has a relationship with China's Hakim Unique Group for production of the Orbit.

Speaking of production, the Autocar article also mentions the company's U.S. manufacturing plans, saying an announcement will come this year and hinting that it will happen at an existing facility. In a seeming slam at a different would-be automaker that announced an ambitious plan for an expensive new factory, Fisker said "We’re not in a hurry, like some other car startups, to go out and build a big factory." Zing!

While fans of Fisker's deft design look forward to a new "affordable" model, the executive seems to be more focused on the EMotion and developments around the flexible solid-state battery the company is working on. His Twitter feed of late features a number of photos and promising-sounding intonations around the tech that he contends will allow his cars and go farther and charge faster than competitor's.