How Did This Tesla Model X Fare In A Nor'easter? 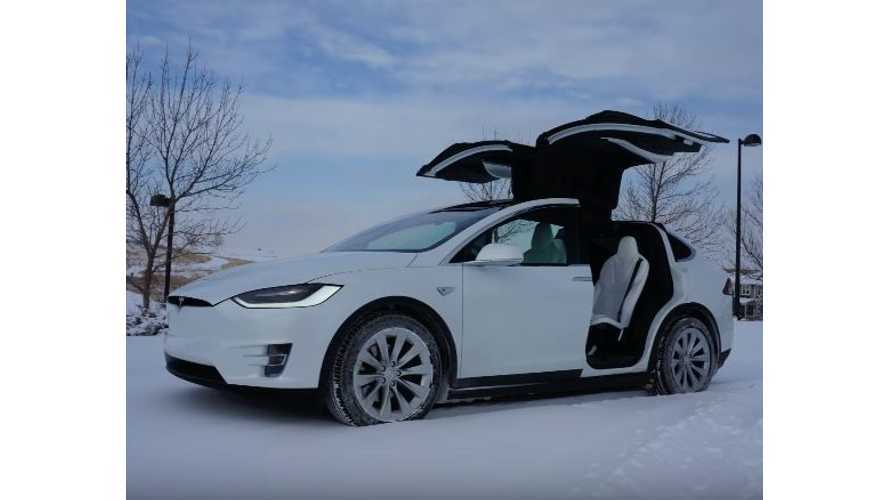 Can a Tesla Model X handle itself in a brutal Nor'easter? Travis Okulski in Road and Track explains, "The night before a March storm that was supposed to dump another foot or two of snow, Tesla called to ask if we'd be interested in taking a Model X out into New York City during the blizzard to see how it would perform." For context, "the Northeast has been having hellacious late winter storms the last few years, the sort of storms that ruin a nice February heat wave with 15 inches of snow."

So how'd the Model X fare in the storm? Okulski recalls, "Through it all, the Model X remained eerily serene. At low speeds, you're insulated from any and all road noise, and since it's electric (have you heard that Teslas are electric?), there's nothing mechanical for you to hear anyway. Where other cars can still feel skittish in these conditions–even if they're on snow tires–the Model X was composed, uneventful. Stoic, even."

This Model X was well-equipped for winter with "proper tires (Pirelli Scorpion winters) and the low center of gravity granted by heavy batteries. Like driving an electric cinderblock. There wasn't one iota of concern that the Model X would have an issue... the programming on the Tesla's stability and traction control is secretly impressive. You can drive like a total moron and the Tesla won't take any of it."

Even if the Model X is pushed to extremes with "big swings of the wheels, aggressive throttle applications, or really anything else dumb you can think of, and it'll shut you down and stay on the road. No, this isn't fun. If you were hoping that it'd let you slide around and be a loon, your hopes will go unanswered. The whole point here is that it's safe, and that's a rousing success."

There are some downsides. Freezing temperatures decrease battery range. You might get wet waiting for slow-opening falcon wing doors. And, the wipers just aren't big enough for that "massive" Model X windshield. That said, "Put those quibbles aside...  makes me think a lot of manufacturers could take a lesson from Tesla. This might be the most impressive achievement from one of Elon Musk's companies ... other than, y'know, sending stuff into space."

Above: Teslas warming up at a Supercharger station (Image: Gas2)

Summing up his review of the Model X vs. the Nor'easter, Okulski concludes, "The Tesla made a storm covered incessantly by local news into a non-event. It was so undramatic that I didn't stop to think about how it did it all unflappably, not even a hint of flapping or being flapped. Instead, in a storm that left trees down, multiple feet of snow on the ground, and hundreds of thousands without power, one of the newest, highest tech cars on the road made me forget all about it." It's no wonder others have referred to the Model X as "almost" perfect for winter driving.