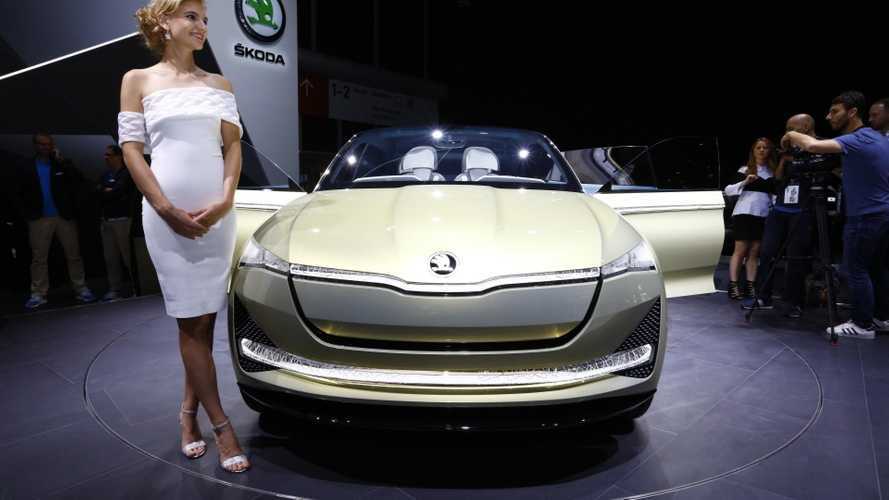 The electric Citigo and plug-in hybrid Superb are also locked in for a 2019 release.

With a whopping 1,200,500 cars delivered or 6.6 percent more than a year before, 2017 was by far Skoda’s best year. Not only that, but 2018 is already off to a great start as the Mladá Boleslav automobile manufacturer is happy to report the best January and February of all time, with 196,600 cars sold or 12.4 percent more compared to the first two months of last year. To strike while the iron is hot, the VAG-owned Czech marque is preparing a new model onslaught, with 19 cars slated to arrive within the next two years.

In 2019, we will get to see a production version of the Vision X small crossover that debuted earlier this month at the Geneva Motor Show. While the concept had an intricate powertrain able to run on gasoline, compressed natural gas, and also in pure electric mode, expect the road-going model to adopt a conventional setup in the same vein as other B-segment crossovers from the Volkswagen Group.

Also in 2019, the company’s very first plug-in hybrid production model will go on sale. The role has been attributed to the Superb flagship model, and although details are scarce right now, one can assume the electrified powertrain will have many things in common with that of the Passat GTE. The latter will receive a mid-cycle refresh later this year, which could bring some improvements, such as a longer electric-only range.

Speaking of electric-only, 2019 will also be the year when Skoda will launch its first-ever pure EV in the shape of the pint-sized Citigo. A year later, the Vision E concept  will go on sale as the firm’s second zero-emissions model and will ride on the group’s new MEB platform. By the middle of the next decade, Skoda’s portfolio will include a total of ten electrified models, some hybrids while the others will forgo the combustion engine.

Beyond the EV push, Skoda is also interested in expanding its footprint on the automotive map by extending its presence from 102 to 120 countries, starting with Singapore later this year and South Africa in 2019.