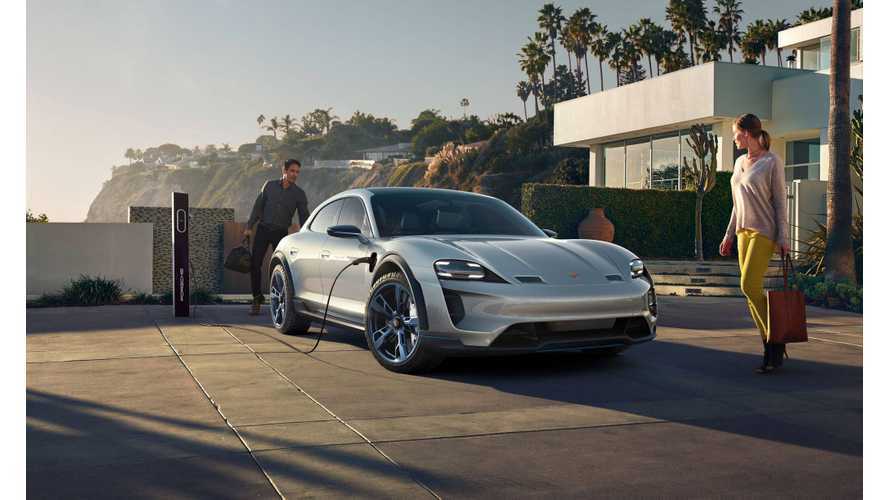 No free ride at the Porsche pump

When Porsche Mission E owners first pull up to the fast-charging power pump, they will be reminded that the price of the juice needed by their premium EV was not included in the original invoice. Unlike Tesla, whose mission is "to accelerate the advent of sustainable transport...," and offered, until recently, free lifetime Supercharging to owners of the Model S and Model X, the German automaker is a little less altruistic.

This, according to Gearbrain, who reported that the company's deputy chairman of the executive board, Lutz Meschke, replied to a question about whether Porsche would run its charging facilities as profits centers thusly:

Yes, we want to earn money with the new products and services. Of course. Yes.

When asked whether the electricity "would be cheaper than gas or a similar" price, Meschke answered that the price would be similar.  Lower fueling costs have always been a popular selling point for electric vehicles, but if your EV is also a Porsche, small things like electricity costs probably aren't an issue for you.

Now, these charges will only apply to owners who power up their Porsche away from their home garage, though the outfit is happy to sell owners the home charging station (EVSE) as well — electricity charges would be applied from a utility, presumably. It is unclear whether this means the 800-volt fast-charging systems destined for dealers will be included. Typically, dealers do not charge for fast charging on their premises, though perhaps this high-end manufacturer might buck that trend.

In Europe, Porsche is part of the Ionity network, along with some other Volkswagen Group brands, while in the U.S., it is part of the Electrify America initiative. Since it is likely this is where the mentioned charges will occur, it is not unreasonable to imagine that other users will pay the same rates.

The Mission E is expected to begin rolling off a production line in Stuttgart, Germany starting in 2019, and will be joined at a later date by the company's freshly revealed Mission E Cross Turismo.