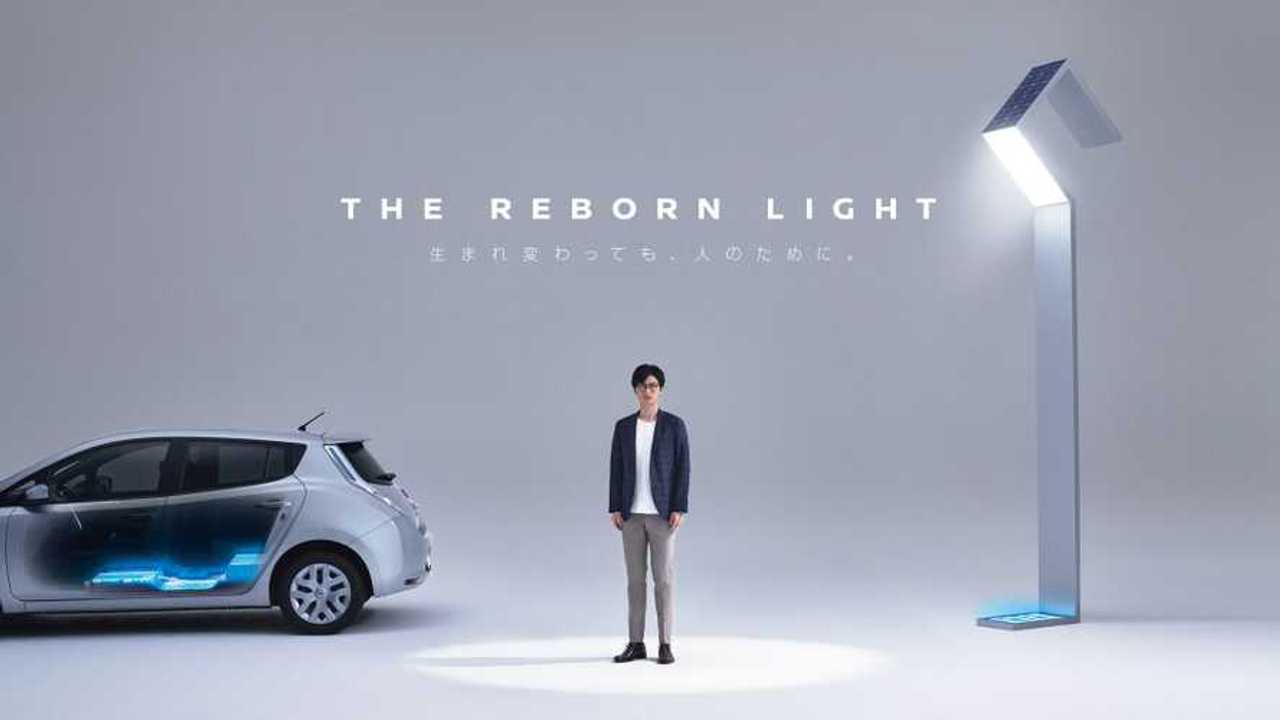 Nissan found a second-life application for the used LEAF batteries that are now coming back to the manufacturer in growing volume, due to high LEAF sales.

The idea is to use the batteries as a backup for the solar-powered, off-grid streetlights.

The project, announced by Nissan and its affiliate 4R Energy Corporation, is called `The Reborn Light’ and will soon be launched in  theJapanese town Namie.

The new type of outdoor lighting looks like a designers-dream, although the energy storage system could work with any other solar-powered streetlights.

"Nissan and its affiliate 4R Energy Corporation have teamed up with the town of Namie, Japan, to install new streetlights that will be powered by a combination of solar panels and used batteries from the Nissan LEAF electric car.

The project, titled “The Reborn Light,” aims to provide public lighting for Namie’s residents as part of the town’s recovery efforts following the earthquake and tsunami on March 11, 2011. The project utilizes the growing number of used electric-car batteries that will become available as electric vehicles increase in popularity around the world.

Nissan and 4R have created a new type of outdoor lighting that operates completely off the main power grid, requiring no electric cables or outlets. A prototype will be tested March 26 at the 4R battery reclamation factory in Namie, with full-scale installation beginning in FY 2018."

More about the The Reborn Light here.