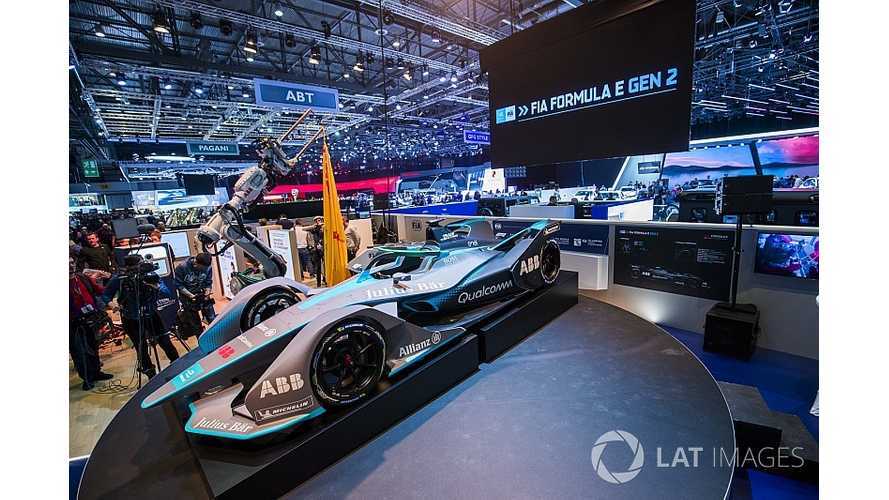 Nelson Piquet Jr reflects on a difficult weekend at Punta del Este and offers his views on how Formula E's Gen2 car will change the racing.

I was very pleased to be racing in Punta del Este last weekend because it's such a beautiful location. It was a great substitution for Sao Paulo, where we were originally scheduled to be, although in future years I'd really like to race there because our championship has an important message to send out to big cities that face traffic and pollution challenges.

It's not often you can say that one of the trickiest factors a circuit can throw at you is sand from a nearby beach. That made things really slippery at first, and the track conditions evolved a lot the more running we did.

The event in Punta del Este was great – the grandstands were full on race day, the e-Village was very crowded, and it was hot and sunny. Then in the evening, once we'd packed up, a massive thunderstorm rolled in and flooded the streets!

The race itself was particularly disappointing for me because this is the kind of circuit I enjoy and perform well at. It rewards an attacking approach and being aggressive in the chicanes.

But we just couldn't get it together. In practice, we struggled, and qualifying was going well until I nearly took half of the wall away.

I went into the session thinking that I really needed to attack and do a great lap, and, basically, I overdid it. It's only my second hit in qualifying in four seasons, but once in a while it happens.

The team did a great job to repair the car, but obviously starting from the back meant that I was in the thick of things from the very start. You're always going to get a few bumps here and there, and this race was no exception. It was very crowded into the first corner.

The car took a couple of taps near the front but then I had a driveshaft break, which I don't think was related to anything that happened in the race.

That was game over for me, but my teammate had the most amazing race – Mitch started 16th and finished fourth. It's a difficult circuit to pass on but he found more than a few ways.

So, that made up for the disappointment a little bit, because it validates our feeling that the I-TYPE 2 is getting better and better. From a team point of view we had a fourth-place finish, the team is fourth in the championship and I'm still fifth, so we're keeping our heads up.

Unfortunately, Mitch didn't get much of a chance to enjoy his success because he had to be on a bus at 3am to Montevideo airport for a 6.45am flight to Sao Paulo. The thunderstorm was sitting right over the city so they had a rollercoaster ride out of there, then the airspace was shut and everybody else had to cool their heels in a five-gate terminal for several hours…

We're going to put the Punta del Este weekend behind us and look forward to two exciting developments coming up shortly. The next race in Rome is going to be really fun because it's a new track – I love new tracks because they bring everybody back to zero. We're aiming to arrive there prepared to achieve at least a podium.

It's going to be a very busy time for us because we're also testing the second-generation Formula E car in Monteblanco next weekend. I'm really excited to see what the power is like and how the car behaves, because the new battery has doubled the range without doubling the weight, and we'll be able to go through a whole race with just one car.

Often in the present Formula E format I've been able to pit later than everybody else for the car change, really maximising the efficiency of my first stint, to shake the field up a little bit. I'm not going to be able to do that any more, obviously, so that's one tactical option gone, but in its place we've got two different power modes – possibly even three if Fanboost is retained.

At the moment, race mode is 180kW, and it's looking like that will rise to 200kW in the second-generation car, which is what we max out at for five seconds with Fanboost now. I'm told the other power mode will be higher than that, and if Fanboost remains part of the package that will be higher still.

That's important because having plenty of variables makes the racing interesting. Mixing it up keeps both us and the fans on their toes, so we'll be learning a new tactical playbook in the months to come.

From next season there's also going to be a point for the most efficient driver on the grid. I don't think it's going to affect the battle for the top three places, because it's only one point after all, but it's nice to have because it backs up the series' message about energy efficiency and it adds to the differentiation between the drivers.

I'm pretty confident about that element of the Formula E skillset because it's something I've been good at since season one. How many points will I pick up with that? There's only one way to find out…