Check Out Results From Biggest Electric Car Winter Test Ever 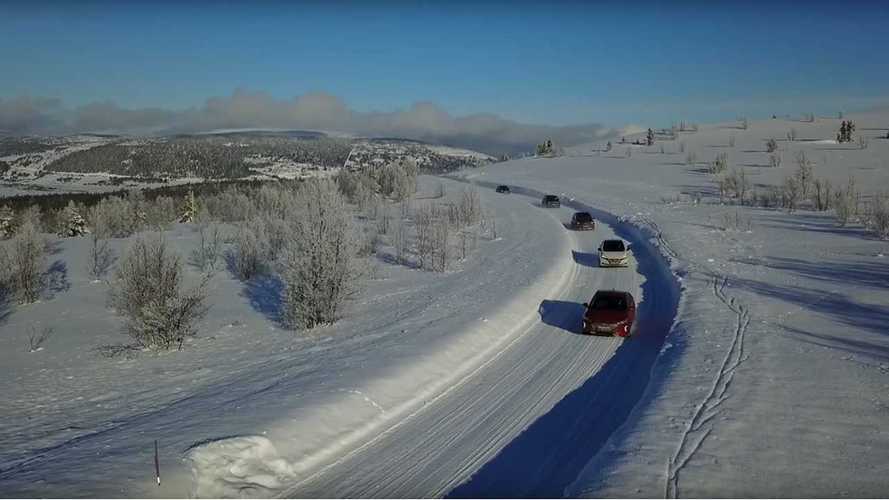 The Norwegian EV Association performed what we believe to be the biggest electric car test in a winter wonderland setting ever with five electric cars tested.

The LEAF and e-Golf were noted to be the stand outs in this group of 5:

"Particularly the Nissan LEAF and the Volkswagen e-Golf stood out from the crowd regarding safe and steady handling underway, while BMW I3 (the only car with rear wheel drive) and Opel Ampera-e were somehow a bit more nervous."

The Opel Ampera-e, with the biggest battery in this grouping (60 kWh) had the most range, while the i3 tested out with the shortest range.

The Hyundai IONIQ Electric notes the lowest energy consumption, while the Nissan LEAF was surprisingly high.

IONIQ is the fast charging leader too (average of 45 kW), while the Opel Ampera-e took on an average of just 25 kW in this winter test.

"As mentioned, the Opel Ampera-e (named Chevrolet Bolt in the US) is by far the best alternative in the electric C-segment if you need to drive long distances between charging.

The LEAF had a similar consumption profile to Ampera-e during the first day, but takes fast charging more quickly. In theory, it might be able to "outrun" the Ampera-e over longer stretches."

Results from the tests: