BMW To Unveil "Number Of Pure Electric" Concepts This Year 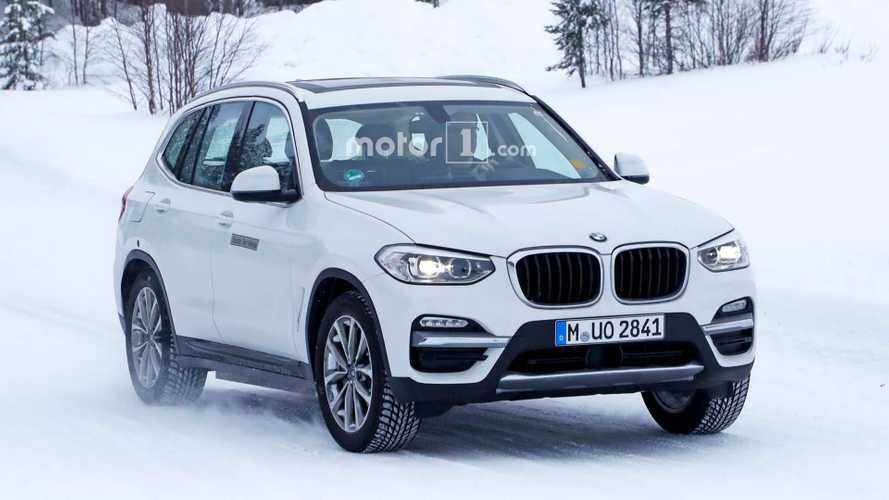 One of them will preview the iX3, a zero-emissions version of the X3 crossover.

While we’re patiently waiting for hot products such as the M2 Competition and the new 3 Series, BMW just announced during its annual press conference some the other novelties it has in tow for 2018. Company chairman Harald Krüger disclosed plans for a “number of pure-electric concept vehicles” that will each have a road-going correspondent in the years to come.

One of them is going to be a pure electric crossover dubbed “iX3.” Pictured below testing in prototype guise, the concept will serve as a preview for the zero-emissions X3 already confirmed for a 2020 launch.

BMW’s head honcho also mentioned the iNext during his speech, an EV set to serve as the company’s flagship model once it will arrive at some point in 2021. Latest intel suggests the electric range topper will have a maximum range between charges of 435 miles (700 kilometers), though it’s unclear whether this number is based on the outgoing New European Driving Cycle (NEDC) or the forthcoming Worldwide harmonized Light vehicles Test Procedure (WLTP).

Krüger reiterated the i Vision Dynamics originally unveiled at the 2017 Frankfurt Motor Show will morph into the i4 – an announcement made earlier this month in Geneva. Pictured below, the new EV will be manufactured at home in Germany where the aforementioned iNext will also be assembled.

By the middle of the next decade, BMW will have a total of 25 electrified models in its lineup, 12 of which won't have a combustion engine at all.

Meanwhile, the Bavarians have a busy 2018 up ahead as aside from these pure electric concepts and the production models we’ve mentioned in the beginning, BMW will also introduce the first-ever X7. We might also see the X3 M performance crossover and the all-new front-wheel-drive 1 Series towards the end of the year. Let’s not forget the reborn 8 Series is also due in 2018 together with an M8 companion, and who knows what other surprises BMW has in store.