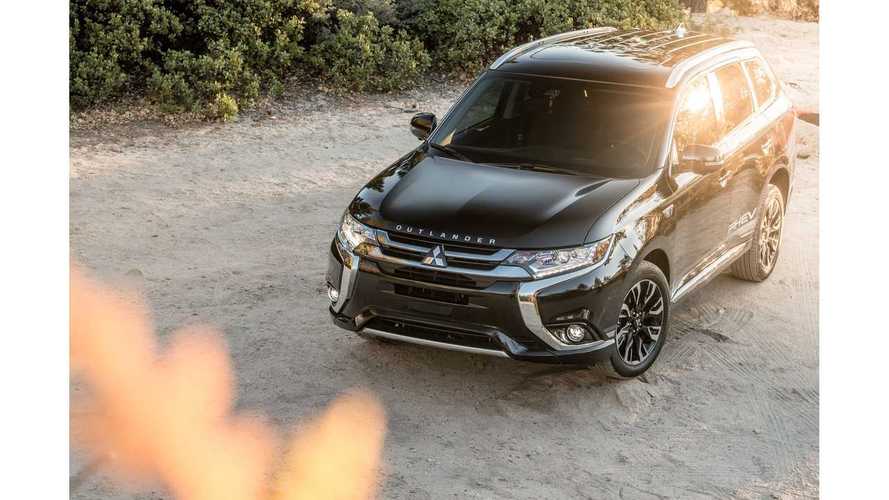 In total, 20 Outlander PHEV and 29 i-MiEV will be utilized by 15 different government agencies and universities.

According to the press release, the vehicles come from the Japanese Government to support the Costa Rican Government's efforts to promote eco-friendly mobility.

Of course, it would be now nice to purchase some Japanese plug-ins in volume right?

Costa Rica hopes to see 100,000 plug-in cars on its roads someday and will expand its charging infrastructure and make utilization of renewable energy a priority.

"The initiative forms part of the Overseas Development Agreement between the Japanese and Costa Rican Governments, through which Japan has committed to provide a range of next generation vehicles to the Central American nation.

The vehicles being delivered as part of this initiative will directly support the Costa Rican Government's ongoing efforts to promote greater environmental sustainability and achieve its own goals to lower carbon emissions.

In 2015, Costa Rica announced that it would seek to reduce its greenhouse gas emissions by 25% from 2012 to 2030, and today is one of only 5 countries whose national climate commitments are rated 'sufficient' by the international Climate Action Tracker (CAT).

Costa Rica has continued with its efforts to become one of the world's greenest nations, revealing in November 2017 that it had broken the world record for the most consecutive days running on renewable energy.

Today's vehicle delivery is expected, not only to make a direct contribution to the development of Costa Rica's low-carbon economy, but also to help raise awareness of next generation vehicles, driving demand and promoting the adoption of advanced Japanese environmental technologies.

The delivery was announced in a ceremony at the Presidential House in the Costa Rican capital, San Jose. This event was attended by Costa Rica's President Luis Guillermo Solis and other government officials, the Japanese Ambassador to Costa Rica, Yoshiaki Ito, representatives of Veinsa, MMC's distributor in Costa Rica and trading company Itochu."

Commenting on the supply of the cutting-edge EV and PHEV vehicles Osamu Masuko, CEO of Mitsubishi Motors Corporation, said:

"We are very pleased to be able to support the Costa Rican government's efforts to embrace cleaner automotive technologies. We hope these vehicles will contribute to support Costa Rica's transition to a low carbon, sustainable economy."