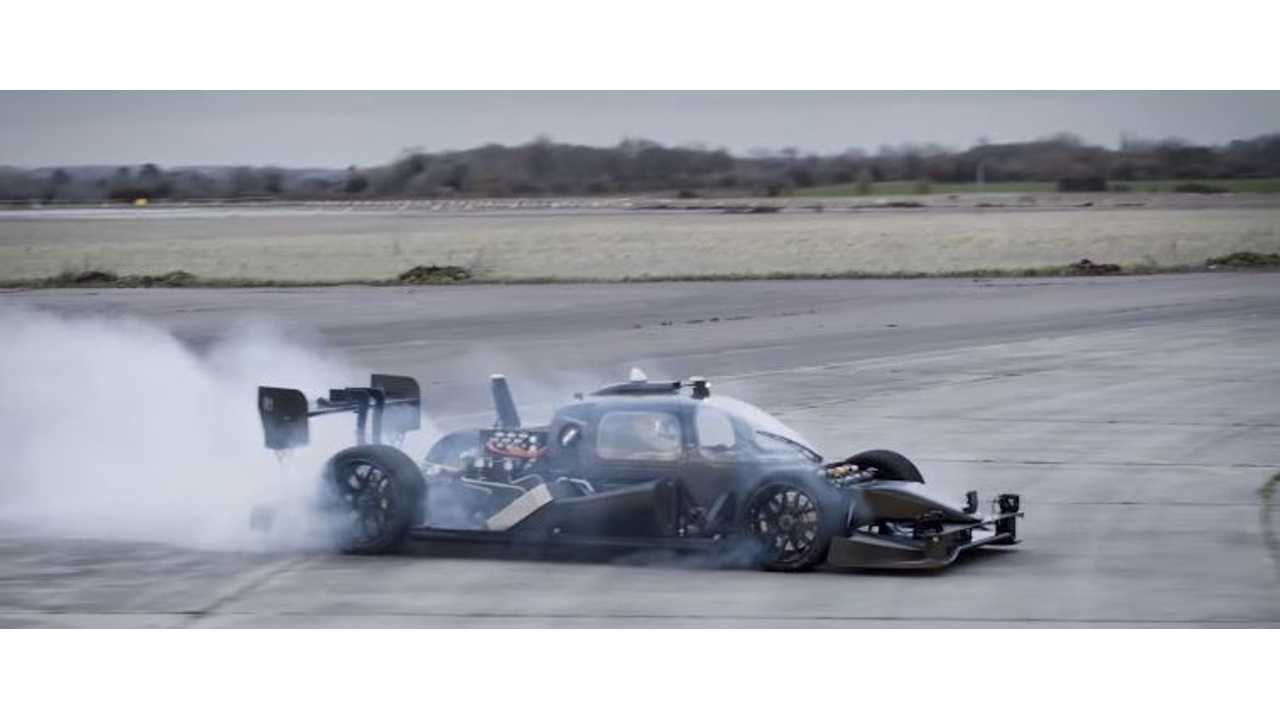 Short a driver, but not power!

Funny thing, this RoboRace. Basically, it's a test of programming skill rather than a match of wits and abilities between cars and drivers. For some, that's just not a compelling-sounding offering, and many have said that this competition would just be spinning its wheels. Wasting its time, as it were.

While it's hard to predict how popular it will be — certainly, there are some of us who are extremely keen to watch — but one thing is quite likely to be true: there will be spinning of wheels. At least, if we judge the eventual series on the basis of the video the ROboRace just published featuring a Devbot roasting its tires for the cameras.

Devbots, as the name cleverly denotes, is a development vehicle which can operate as a robot, or as a human-driven machine. This is the platform the different teams are using to figure out how to get completely autonomous vehicles to circulate around a course, without bumping into walls and each other.as quickly as possible. As we learn in the video above, it boasts an 135 kW (181 horsepower) electric motor for each of its fur wheels. That's potentially 540 kW (724 HP), if the battery can feed each motor its maximum power.

Now, that doesn't mean the artificial intelligences controlling the cars are able to unleash all that battery-powered fury, without a human minder. It's first autonomous lap around the track was more than a little shy of a thrilling spectacle. Still, we can imagine as neural networks and sensors are refined, speeds will increase dramatically. Whether there will be actual wheel spinning will probably depend on how well traction control systems have been implemented.