Will Tesla Be Able To Continuously Improve Like Toyota? 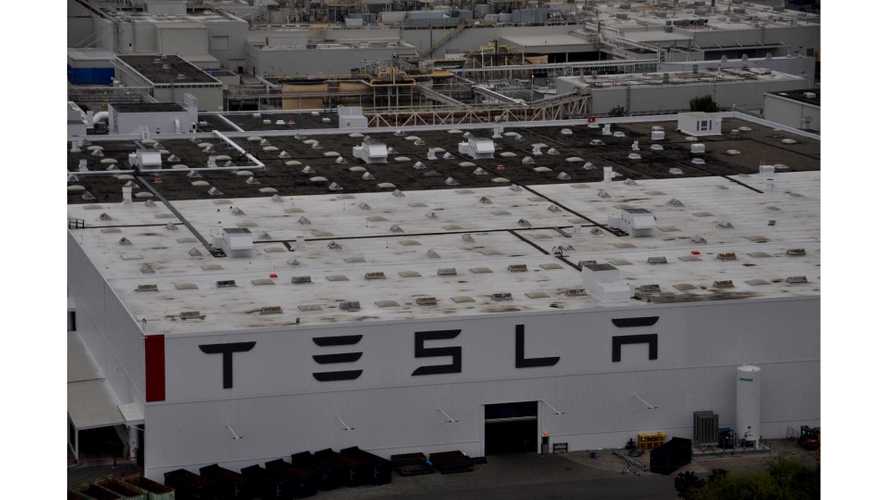 Above: A look at Tesla's factory in Fremont, CA (Instagram: steadidrew)

Musk envisions the world’s most automated manufacturing plants, where robots will produce cars (and battery cells and solar panels) with little human intervention, at unprecedented speed. Whereas current auto assembly lines move at the speed of “Grandma with a walker,” someday Tesla’s Gigafactories will be cranking out battery cells as fast as “bullets from a machine gun.”

However, some manufacturing gurus think Musk and company are on the wrong track. Jeffrey Liker is an expert on “lean manufacturing,” and the author of eleven books, including the best-selling The Toyota Way. His newest book, Designing the Future: How Ford, Toyota, and Other World Class Organizations Use Lean Product Development to Drive Innovation and Transform their Business, written with James Morgan, is expected to be published this fall.

In an article adapted from the new book, published in The Lean Post, Liker acknowledges that Tesla has been “a major disruptive force” in the auto industry, but argues that Tesla’s execution has been “far from auto industry standards - late delivery with poor quality.”

“While Tesla is disrupting this industry in many revolutionary ways it is looking for competitive advantage in what has been to date its Achilles Heel,” Liker writes. “The company has struggled to manufacture their stunningly-designed (though not designed for manufacturability) vehicles with a high degree of quality.”

Above: Tesla's factory in Fremont, formerly known as NUMMI, was once owned by both Toyota and GM (Image: Autoblog)

John Shook, an 11-year Toyota veteran who is now Executive Chairman of the Lean Enterprise Institute, says Musk is indulging in revisionist history when he invokes the example of Ford’s River Rouge plant. “Henry Ford figured out much of this (the principles of flow) just a little over a century ago. But, that was a simple case, where achieving high-speed production (very much as Elon now seeks) was relatively straightforward. The products were all simple and, more importantly, they were all the same. As soon as complexity was added (in the form of types of products and options as well as more complex technology like electronics), Henry’s simple system broke down...Half a century later, Toyota came along and figured out the next essential part of the equation, how to achieve the speed, but also the built-in quality, with the complexity of mixed-model production.”

According to Liker, Tesla sees manufacturing as a technical engineering problem, and the solution is automation, automation, and more automation.  Liker sees Tesla as a “top-down, command and control organization” (Elon and his colleagues might disagree with that description), and notes that such rigid organizational structures “work efficiently in a stable environment, low on uncertainty. When things are static and processes are stable, the most efficient form of organization is mechanistic. On the other hand, when there is a good deal of uncertainty because of rapidly changing technology, lots of unexpected problems, and a turbulent environment, then an organic form of organization is far more effective.”

Ironically, Tesla’s Fremont factory was bought from Toyota, and was formerly an icon of the company’s vaunted Toyota Production System (TPS). In Tesla’s early days, Toyota was a partner, and the two companies worked together on several levels.  However, according to Liker, “So much of Tesla’s vision of manufacturing is completely contrary to TPS: Spend large amounts of capital to automate everything possible. Rely on hiring many engineers to make it work rather than carefully developing talent from within. Repair in quality rather than designing and building in quality. Aim for an ultrafast assembly line instead of building to the rate of customer demand.”

Liker believes that what Elon Musk is missing is the point that has made Toyota so successful.  “Toyota’s living system approach is exactly what has been missing from Musk’s mechanistic view and needs to be at the center of his vision, not as an occasional response to a crisis. Toyota is a learning organization with a long memory. In 1979, Toyota launched the Lexus LS400 with the most advanced automation in the company at its Tahara, Japan, plant, including robots in assembly doing jobs normally done by people. Sales were below expectations and the plant was underutilized. Toyota’s reflection was that the high capital costs were fixed and could not be adjusted to match demand...Since the Tahara experience, Toyota reduced automation rather than accelerated it.”

Above: Kaizen is one of the underlying principles for TPS, the Toyota Production System (Image: Lean Journey)

Liker relates an interesting story about Mitsuru Kawaii, who rose through the ranks at Toyota to become an Executive Vice President and board member. Kawaii has spent most of his career in automated factories, and is steeped in the TPS principles of flow, built-in quality, standard and stable operations, making problems visible, and kaizen (continuous improvement).  He learned these principles in a mostly manual operation, then found he could continue to apply them as the plant became highly automated.

Kawaii has been using manual “super-skill lines” to teach team members the basics of TPS, which they then apply to automated lines. He created a low-volume engine line with no automation and little electricity, staffed by elderly Toyota retirees. Despite using a minimum of electricity and a minimum of physical exertion, the operators were able to build a sophisticated Lexus engine out of heavy parts.

The point of this exercise was not to revert to manual production, but rather to develop workers with a deep understanding of how the line worked. “If there is a defect at the end or something breaks down , you will be disassembling with your hands and replacing the parts,” Kawaii explained. “If you cannot do this, you cannot a high-skilled person.” Ideas from the manual super-skill line are brought to the automated line, with the goal of creating simple, intelligent automation.

“The tools required to run a great factory aren’t merely math and engineering, but psychology and sociology,” says John Shook. Elon and team will figure out the technical side, but they also need to master the more complex social side. “The social side is difficult in its own right - add the technical complexity of orchestrating the operational execution and timing involved in gathering and assembling thousands of parts that arrive at exactly the right place at the right time in perfect (down to the minute) precision for thousands of humans to choreograph themselves to the precise (down to the second) rhythm and you’ve got a social-technical challenge of epic proportions.”

“Automated factories will not run themselves,” Liker concludes. “They will require even more maintenance and quick response to problems than manual systems, and this will have to be done by people...even in a world of a lot of technology, those who kaizen  the automation, as being taught by Mr. Kawaii, will have a competitive advantage.  People will not be run out of town by smart robots anytime in my lifetime.”