Tesla Semi Shows Up In Dallas, Home Of Frito-Lay (PepsiCo) 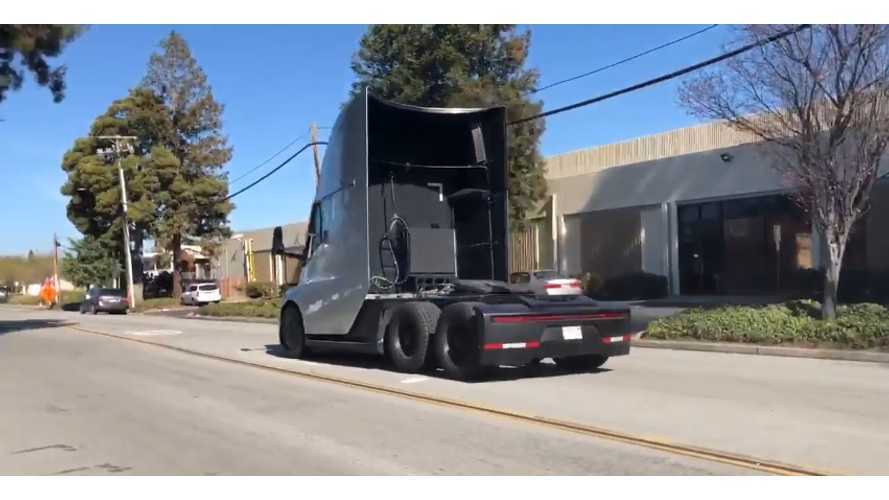 It's starting to seem like the Tesla Semi is on an unofficial, unannounced U.S. tour.

Just days after two Tesla Semis completed a maiden public cargo journey between the Tesla factory in Fremont, California and the Gigafactory in Sparks, Nevada, the larger silver tractor was spotted at the Anheuser-Busch brewery in St. Louis, Missouri. Now, it's been spotted at the Tesla Service Center in Dallas, Texas.

Photos of the semi were tracked down by Teslarati, as originally shared by the Tesla Owners Club of North Texas. Below is the group's Instagram post:

A #teslasemi made it too Dallas for a quick stop! #awesome #teslalife #model3

We have no idea if Dallas was a scheduled stop for any particular reason. The semi could have easily just been passing through. However, Frito-Lay's headquarters is located there. PepsiCo. pre-ordered 100 Tesla Semis and is affiliated with Frito-Lay.

So, if this is much like the "Budweiser" trip, perhaps Tesla is making an effort to visit each of the companies that plan on purchasing the upcoming semis.

Follow the link below to check out a video related to the Dallas Tesla Semi sighting.