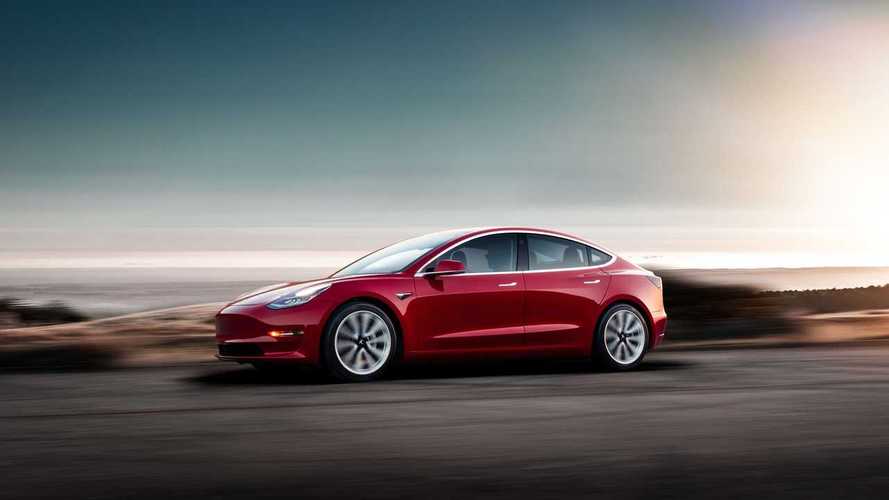 Research shows over 70 percent of current Tesla Model S and X owner reservation-holders decided not to configure and buy a Tesla Model 3.

Our perspective (along with that of most others') of the whole Model 3 pre-order/delivery situation has been a bit puzzling. This is because Tesla lacks transparency, and the Model 3 has been an entirely different beast than the company's previous cars. Let's try to put it in perspective.

About 500,000 people pre-ordered the Model 3 and paid a refundable $1,000 deposit. Tesla employees and those with company affiliation were the first to take delivery. Being that the automaker was unable to produce cars in any significant numbers meant that this first step took a great deal of time.

To many, it appeared that "so many or nearly every" employee ordered the Model 3, so it was taking forever for deliveries. However, while many Tesla employees and other "relateds" did order and take delivery of the car, the number was actually quite small in the grand scheme of things.

Remember, from July to December 2017 Tesla only delivered 1,772 of these cars, and some of those even went to non-employees.

Step two of the process started deliveries to current Model S and X owners. Many an assumption suggested that just about every current Tesla owner took the opportunity to pre-order the car.

It makes sense ... they were supporting Tesla by giving the automaker $1,000 to play around with and showing interest in the upcoming vehicle. Also, if there was a slim chance they might decide to buy the car, not reserving one would be idiotic.

In the end, how many of these Model S and X owners are actually owners of a Model 3?

According to Bernstein Research analyst Toni Sacconaghi Jr., less than 30 percent of current Tesla owner reservation-holders have chosen to move forward and configure and buy a Model 3. He recently shared in a note to clients:

“If correct, this take rate would be substantially worse than predicted by our July 2017 survey, which had indicated that up to 69% of S/X owners with reservations were likely/very likely to take delivery of their Model 3."

Sacconaghi's research also indicates that only 55 percent of employee reservation-holders bought the car. However, he was careful to say that there are many potential reasons that could have led to his findings. The analyst wrote (via MarketWatch):

• Lack of configurations: Tesla is only offering one Model 3 configuration at the moment, for $49,000. In the future, Tesla is expected to offer a base model at Musk’s promised price of $35,000, as well as all-wheel-drive configurations that potential owners in cold climates may be waiting for.

• Bad timing: Owners may be waiting for the lease on their Model S or Model X to expire, or waiting to sell their current Tesla.

• Lease option: Some may be waiting for Tesla to open up leasing options for the Model 3

Sacconaghi himself is a Tesla owner and did not yet decide on a Model 3. He added that people may be waiting to decide once there's more availability and information:

“Those of whom are genuinely undecided on the Model 3, and/or may be waiting further data points on initial build quality, and perhaps competitive EV offerings from other manufacturers.”

When the analyst decided not to follow through with his Model 3 reservation, Tesla contacted him three times within a month and even reached out with a final personal email. Tesla's behavior surrounding his reservation made Sacconaghi conclude:

“Based off this experience, our hypothesis is that Tesla may be modestly concerned/surprised about the Model 3’s low take rates. In particular, we suspect that our most recent email from Tesla (asking us to identify our desired Model 3 configuration) was part of an effort to determine which new configurations might be most effective in converting deferrals to deliveries.”