First Electric Aston Martin's Lagonda Will Be An SUV 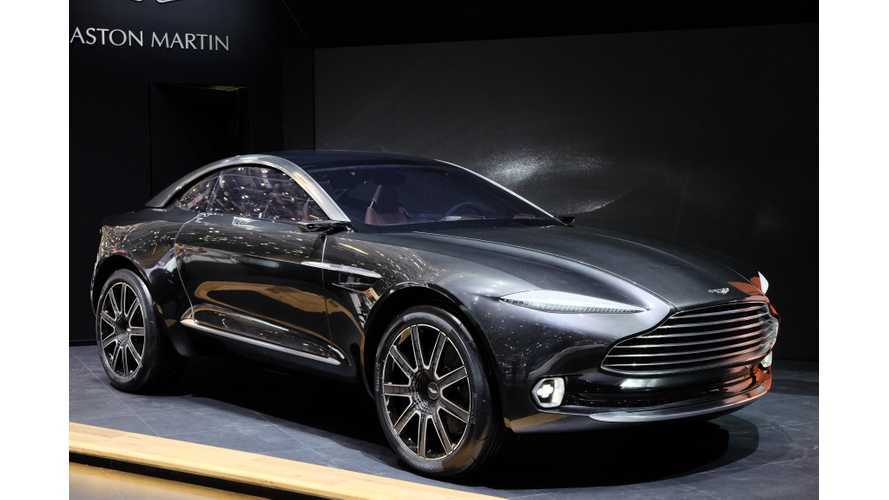 The new Lagonda brand, launched by Aston Martin in Geneva, is set to become an ultimate luxury zero-emission brand.

The concept model unveiled at the show, the Lagonda Vision Concept, was a ssedan, but alongside it was two 40% scale models of an SUV and a coupe.

According to latest news from the UK, the first production model in 2021 from Lagonda is to be all-electric SUV, not the sedan, which is completely understandable in the current market situation with booming SUV sales.

Aston Martin already presented one electric SUV three years ago, called DBX (see the photos and videos from Geneva in 2015 here). The name for the production version of the DBX is expected to be Varekai.

The Lagonda Electric Concept probably will have the production version too, but that's not expected until  2023.

Lagonda targets 400 miles (640 km) of range using the latest solid-state batteries, as there is no excuse for lack of range in the ultimate luxury end of the market.

Read Also: Aston Martin RapidE Car To Arrive In 2019, But Limited To 155 Units

“Just being one car in a range doesn’t make a statement, while saying ‘this brand is electric’ and pinning your hopes and prayers on that technology, I think is a more powerful statement that’s easier for the consumer to understand.”

“There’s so much confusion around what is a hybrid electric – even the Government can’t get it right,” Palmer continued. “So we demystify it; if it’s an Aston, it’s probably got a gasoline engine and it’s probably got a V-configuration. It might or might not have a hybrid attached to it. But if it’s a Lagonda, you know what you’re getting: it’s 100 per cent electric.”