Nordic EV Report Shows How Far Ahead Region Really Is 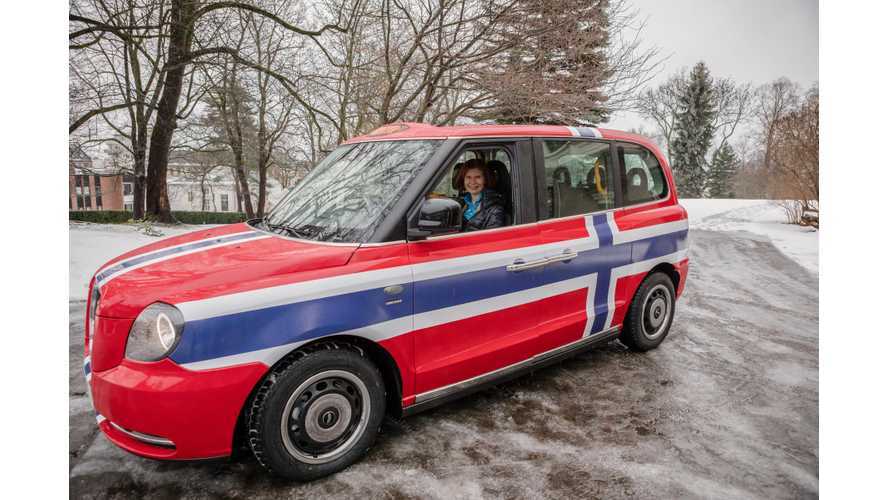 Those five countries lead the way in terms of plug-in electric car market share and, if treated as a single market, would be third biggest behind China and the U.S., even though it has just a fraction of population of the rest of the world.

Energy usage will then be 9 TWh, which is 2-3% of the total electricity needs for those countries.

"The number of electric vehicles (EVs) in the Nordic region is projected to reach 4 million cars by 2030, or more than 15 times the number currently in circulation, according to the International Energy Agency’s Nordic EV Outlook 2018, a swift rate of deployment that can offer valuable lessons for rapid EV adoption around the world.

With almost 250,000 electric cars at the end of 2017, the five countries that make up the Nordic region – Denmark, Finland, Iceland, Norway and Sweden – account for roughly 8% of the total number of electric cars around the world. Norway, Iceland and Sweden have the highest ratios of EVs per person, globally.

The Nordic countries represent the third-largest electric-car market by sales, after China and the United States. Norway leads the way with a 39% market share of electric car sales – the highest globally. Sweden has more than 49,000 electric cars in circulation and accounts for 20% of the total Nordic stock."

The plug-in electric car take off in the Nordic region stems largely from policy that makes them more appealing compared to conventional cars:

"This remarkable growth has been driven by strong policy support and ambitious decarbonisation goals, putting the region at the forefront of the transition to electric mobility. In this context, Nordic EV Outlook 2018 provides a useful benchmark and highlights a series of best practices – and hurdles to avoid ­– for countries around the world.

Policy support has significantly influenced electric-car adoption across these countries, the main driver being measures that reduce the purchase price of electric vehicles. Other important measures that have proven successful in Nordic countries include a cut to circulation taxes, or local incentives such as waivers or partial exemptions on road-use charges, free parking or allowing access to bus lanes.

In addition, support for the deployment of infrastructure has supported EV growth, in particular policy support for charging infrastructure. Though around 80% of EV charging takes place at home, wide availability of publicly accessible chargers can encourage consumers to consider the purchase of an electric car while also enabling longer distance trips.

The continued policy ambition across the Nordic region – demonstrated by commitments to decarbonise the energy system, targets for EV deployment and specific announcements on strengthening policy measures over the next few years – suggests that their electric-car fleet will continue to grow significantly. Norway, for instance, has a stated ambition to sell only zero-emission cars by 2025.

Despite their relatively large number, electric cars in the region accounted for less than 1% of total electricity demand in 2017. Given the resilient Nordic power grid, this small share of power demand has not caused issues for electricity distribution networks to date. By 2030, the estimated power demand to serve 4 million electric cars is expected to be around 9 terawatt-hours (TWh) – or the equivalent to about 2-3% of projected electricity demand. This increase will need to be addressed through demand management to limit the need for grid upgrades.

Nordic EV Outlook 2018 is a result of collaboration between the IEA and Nordic Energy Research (NER). Building on the leadership of the Nordic region in the development of policy support for electric cars, the report outlines the key factors contributing to successful developments and identifies key lessons to be learned, providing key insights for countries that are currently developing their electric mobility strategies."