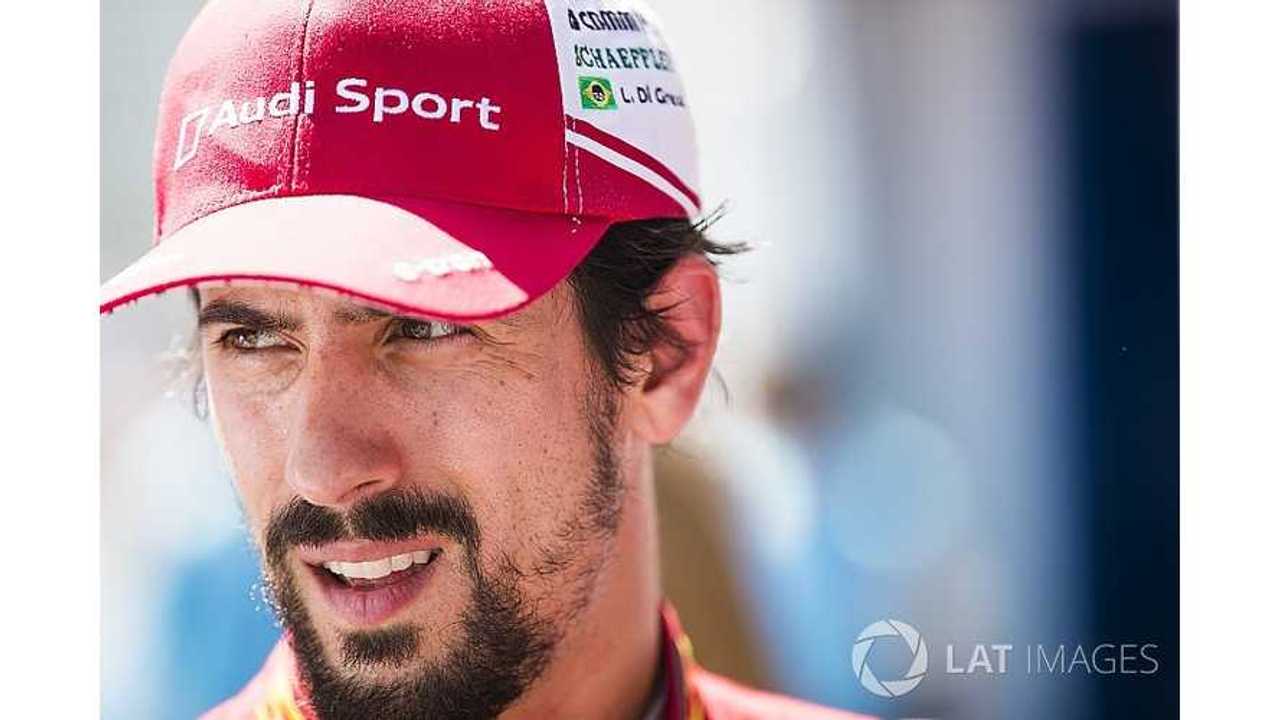 Lucas di Grassi has been fined for wearing non-compliant fireproof underwear during the Punta del Este ePrix, after finishing second to Jean-Eric Vergne.

The pair engaged in a race-long scrap for the win, with championship leader Vergne holding on to deny Audi Sport driver di Grassi a first victory of the 2017/18 season.

Di Grassi was summoned to the see stewards after the race and it was determined that “after checking the clothes, helmet and FHR of the drivers it was found that the driver short flame-resistant underwear pants which are not allowed by the ISC ,” according to an FIA bulletin.

The reigning Formula E champion was fined €10,000 and give three penalty points, but was allowed to keep his first podium finish of the season.

“The driver apologised,” continued the statement. “The Stewards consider that in this case a fine is sufficient. Penalty points to be added because of the incident against safety regulations.”

Di Grassi explained that he wore the non-compliant clothing after running out of dry race-suit underwear in the hot conditions at the coastal Uruguayan circuit earlier in the day.

“It was a mistake which was by my part,” di Grassi told Motorsport.com. “It should never happen – it was not something that I’m used to using.

“It was a decision that I took today because of the extreme heat and I ran out of underwear, and I didn’t want to use a wet one – so I just put a new one .

“We did all the safety that was required with the seatbelts, with the pitstops – everything that is actually really important for safety was done.

“And I didn’t think this underwear issue would be any issue. But of course I must be aware that I should wear compliance during a race.”