Volkswagen Orders Up $20 Billion In Batteries 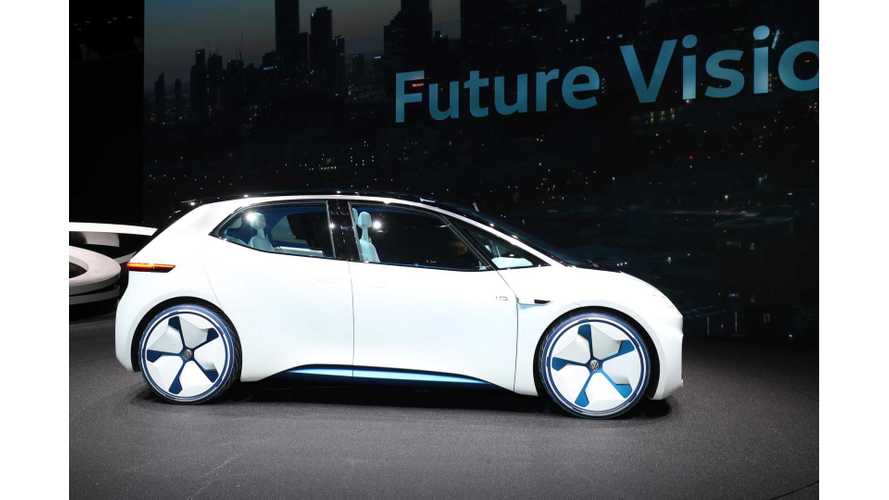 The tech will kickstart the company's electric overhaul.

You know that Volkswagen keeps telling us that it's going all electric in the next few years? Well, it's just spent a lot of money to get that product revolution going. The German manufacturer has selected partners for its upcoming electric vehicle range, and has just put orders in for close to £18 billion of batteries and related technology.

Volkwagen confirmed that the batteries would be used in cars sold in Europe and China – its biggest markets – with technology for the US market set to be secured soon.

The company currently produces a small range of electric cars in three of its factories worldwide. However, production will spread to as many as 16 factories by the end of 2022. It aims to sell 3 million electric cars per year across all of its brands (including the likes of Audi, Seat, and Skoda) by 2025 and it also wants to offer an electric version of each of the group’s 300 models by 2030. Despite still reeling from the Dieselgate fiasco and the fines that came with it, Volkswagen has already set aside more than £30 billion to invest in the production of electric cars.

'We have pulled out all the stops over the past months to implement the Roadmap E swiftly and resolutely,' chief executive Matthias Mueller said at a news conference earlier this week.

LG Chem, Samsung and Chinese battery maker Contemporary Amperex Technology Co Ltd will supply batteries and technology to Volkswagen, which has no plans to start producing its own batteries, according to Mueller.

'Building up expertise and mastering the technology does not necessarily imply that we want to start large-scale assembly of batteries ourselves,' he said. 'Others can do it better than we can.'