November Sales Of Plug-In EVs Rise In US - For 26th Month In A Row, BMW Surprises 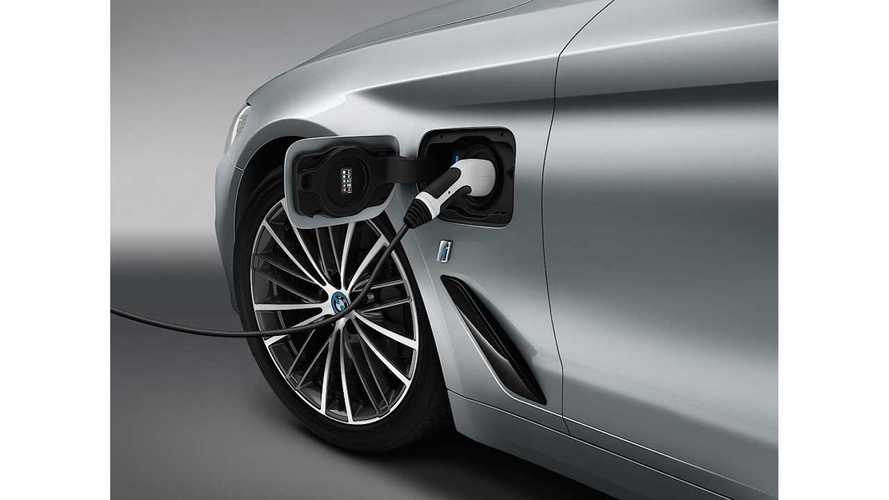 Sales of plug-in electric vehicles sang a familiar tune in November for the US...as in"up, up, up".

With that in mind, expectations for 2017's final months were a lot higher earlier in the year - but the virtual no show of the Tesla Model 3, and the actual no show of the new 2018 Nissan LEAF (now arriving in January), kept the lid on the pending "EV explosion" - now tentatively set for January.

The BMW 530e was the surprise hit of November,
selling 872 copies -
an all-time high!
(InsideEVs/Tom Moloughney)

In the absence of the Model 3 and new LEAF, the Chevrolet Bolt EV made the most of its time as the lone long range, affordable all-electric offering in America - selling almost 3,000 copies; making the 238 mile Chevy the best selling EV in the US for the third time over the past 4 months.

At the same time, the Chevrolet Volt was passed during the month by the Toyota Prius Prime, falling into 4th place on the year's best seller's list - the lowest showing to date for the Volt.

However BMW stole all the headlines this month, as its iPerformance offerings (think plug-in versions of popular petrol models) crushed all expectations, selling a combined 2,398 units, almost doubling any prior effort.  The charge was lead by a resurgent X5 40e with 929 sales, and the 530e with 872 deliveries of its own.

Looking ahead, the Kia Niro PHEV and Mitsubishi Outlander PHEV are both still pegged for a December release, but neither are expected until the latter part of the month, so they will likely not be impacting next month's sales in a significant way.

2017 Monthly Sales Chart For The Major Plug-In Automakers – *Estimated Tesla Sales Numbers – Reconciled on Quarterly Totals, ** Estimated (Based on State/Rebate Data and other reports), Credit to HybridCars.com for assist on Hyundai/some BMW data

Other Statistical Points of Interest from November 2017

BMW's iPerformance sales was lead by the X5 xDrive 40e ...with almost 1,000 deliveries in November!

The full monthly recap by individual plug-in (all-time) can be found on our Monthly Scorecard here.
++