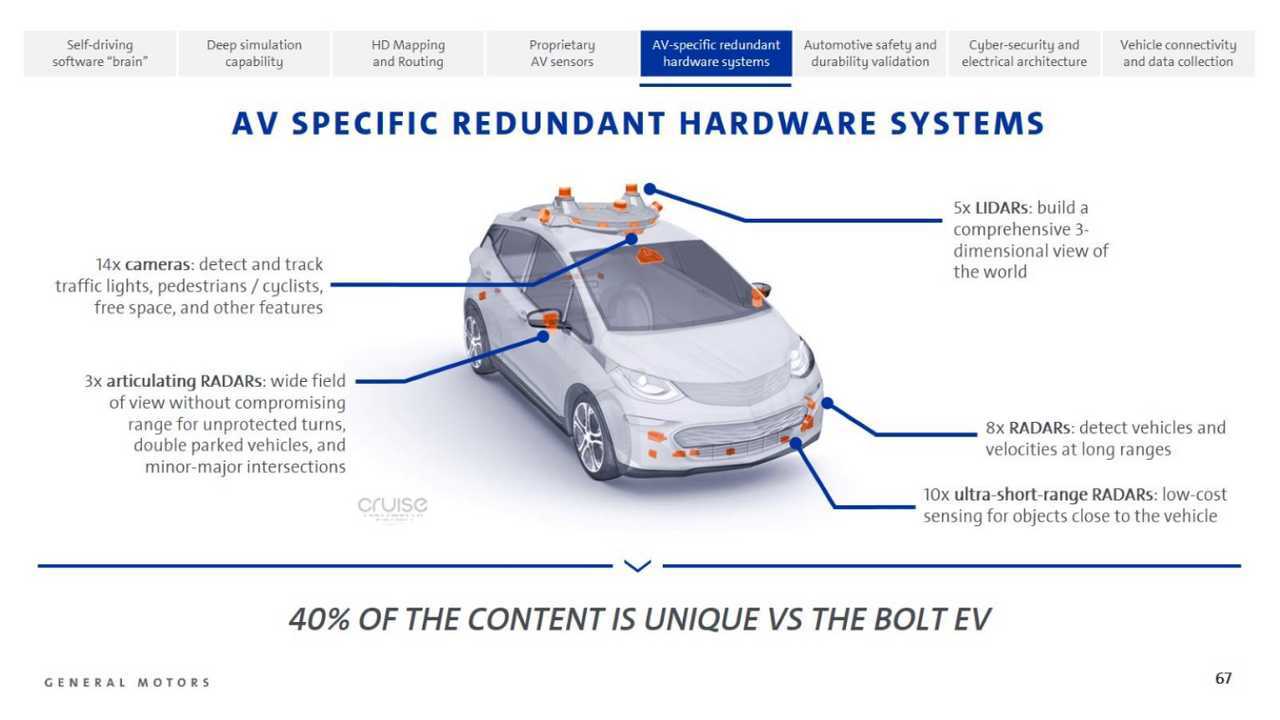 General Motors told investors that it is planning a commercial launch of self-driving vehicles at a large scale in U.S. in 2019, seeking bold revenue opportunities.

According to GM, robo-taxis could generate “several hundred thousands of dollars” of revenue over its lifetime, compared to $30,000 on average that GM's gets from the initial sale.

GM: We Believe all AVs must be EVs

In 2016, GM acquired Cruise Automation and engaged it to develop fleet of autonomous Chevrolet Bolt EVs.

One of the main goals for the future is lowering the costs of autonomous vehicles. GM decided to equip the Bolt EVs with all the stuff for self-driving from in-house components. Chief Executive Mary Barra said:

“We are the only company that has this under one roof.”

A key element in GM's self-driving technology, Lidar, is expected to cost $300 at some point in the future (huge decrease from $20,000 today). To make it reality, GM recently acquired Lidar company Strobe Inc. that promised 99% cost reduction.

Eliminating the driver will reduce taxi costs significantly and the owner of the fleet still should be able to achieve 20-30% margins.

Here is how the autonomous fleet will be used:

And all the pieces of development: