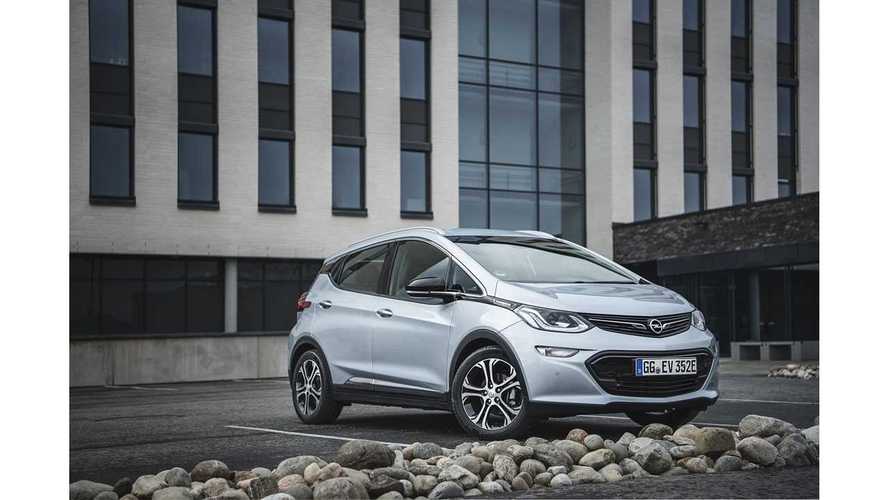 The recent stop sale and massive price hikes of the Opel Ampera-e are all starting to make a bit more sense now. In a Reuters report detailing how PSA wants GM to refund them as much as 800 million Euros ($952,696,000 at today's rates) from its purchase of Opel/Vauxhall, there is mention that, according to two separate sources, the European company was losing almost 10,000 Euros ($11,901) on each Ampera-e. Ouch!

The figure is especially damaging to Opel now, as the Ampere-e is (or possibly, was) a key part of PSA's plan to reduce emissions to meet incoming EU standards. If they don't meet the new CO2 limit standards, which come into effect in 2021, they will face hundreds of millions in fines each year until they do.

Now, this per unit loss on the Ampere-e doesn't mean that GM is losing the same amount on its Chevy Bolt program here in the U.S., though it is quite likely it has a negative gross margin before accounting for ZEV credits. Costs for the Ampera-e are higher because it is subject to different expenses: shipping, obviously, as well as a tax for not being assembled in the EU.

Last year, an analysis undertaken by UBS suggested the per unit loss was "$7,400 in earnings before interest and tax on every Bolt sold today, mainly due to a lack of scale." As we mentioned, this figure is offset by the gains GM makes in ZEV credits. For a little more color on this, we turn to a statement by someone who lives in California and knows a thing or two about the carbon credit system — Elon Musk, CEO of Tesla:

In the same interview, Musk also dropped a strong hint as to why GM doesn't really seem to be pushing the sale of its sweet, all-electric 238-mile Bolt:

For its part, PSA doesn't seem to have anyone to blame for its predicament but itself. Besides failing in its due diligence investigations, it is years behind in the development of low-carbon drivetrains, both traditional and hybrid/electric. For now, it seems, the French parent company is "...rushing out electric or plug-in hybrid versions of Opel’s Corsa, Grandland X and Crossland X models that were not part of the original plan it presented in March." The redevelopment of its "vehicle architectures and engines" is also being moved up three years, to 2024.