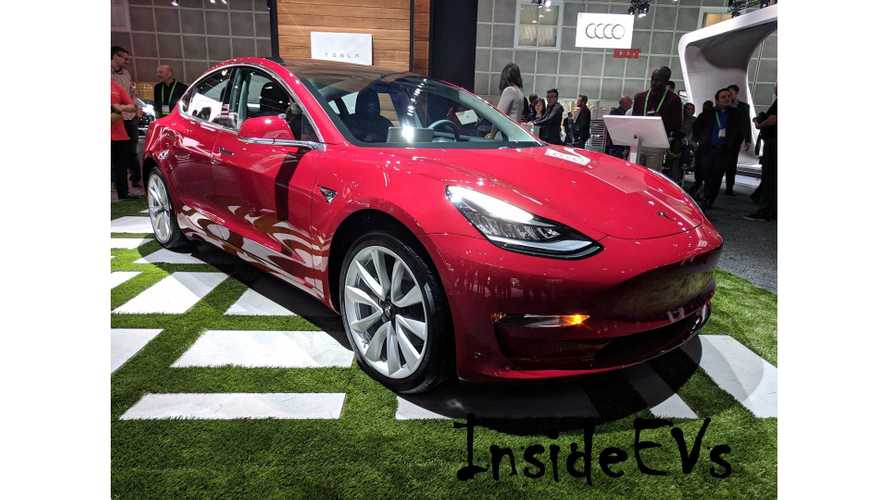 WHILE TESLA ADVANCES ELECTRIC VEHICLES, LEGACY AUTOMAKERS, AND BIG OIL TEAM UP TO SAVE COMBUSTION ENGINE

As Tesla pushes ahead with advances in electric vehicle tech, Wall Street Journal reports, "Big oil and auto makers throw a lifeline to the combustion engine." Sure, the new Tesla Roadster appears to have decimated traditional gas-powered supercars across the spectrum. Nevertheless, "Big oil companies and giant auto makers are teaming up to preserve the internal combustion engine... as tough regulation and electric vehicles put the car industry’s century-old technology at risk."

Who's involved in this effort? It's reported that "Exxon Mobil Corp., BP PLC, Royal Dutch Shell PLC and other oil companies are spending millions of dollars a year in concert with auto makers such as Ford Motor Co. and Fiat Chrysler Automobiles NV to create the next generation of super-slick engine lubricants."

Why? "They are betting that the new, thinner oils will help them squeeze even more efficiency out of traditional car engines, allowing them to comply with stricter environmental rules and remain relevant as new technologies such as zero-emission electric vehicles gain traction."

Andrew Hepher, vice president of global commercial technology at Shell explains, “It’s really important that we are able to squeeze the lemon.” Shell has formed partnerships with Fiat Chrysler, among others, on next-gen lubricants. Hepher adds, “The combustion engine has still got a long way to run... Car makers are very, very heavily motivated to improve the economy of their fleet.”

Chris Cowland, director of advanced powertrain engineering at Fiat Chrysler notes, “We are putting a huge amount of faith in the lubricant oil to keep the engine running smoothly and preventing it from seizing up in seconds.”

BP has teamed up with "Ford and Volvo send engine models for rigorous testing by engineers who look at ways to tweak lubricant formulas for more efficiency." Dave Hall, a vice president at Castrol - BP’s lubricants subsidiary - explains, "If you can improve a few percent, that is very much worth doing... There’s going to be a lot of internal combustion engines around for a long time.”

While the oil industry has high hopes, it's reported that "the combustion engine faces new threats across the world. Countries including the U.K., France, China, and India have signaled they plan to ban sales of vehicles with traditional engines... the European Union unveiled an aggressive proposal to cut carbon-dioxide emissions from cars and vans by 30% by 2030. Beijing wants 20% of China’s total vehicle production and sales to be electric and hybrid vehicles by 2025."

Above: A few of the reasons the internal combustion engine is under siege from electric vehicles (Youtube: EVBox)

Furthermore, "Critics say there are limits to how much more efficient combustion engines can become... Boston Consulting Group estimates gasoline-only engines won’t meet planned regulations in the U.S. and Europe as soon as 2020, resulting in penalties averaging $500 per vehicle by 2025." And PricewaterhouseCoopers forecasts, "between 2025 and 2030, the cost of battery electric vehicles will fall below the cost of combustion engines,” in a report issued in September — predicting that a shift to electric vehicles is inevitable.