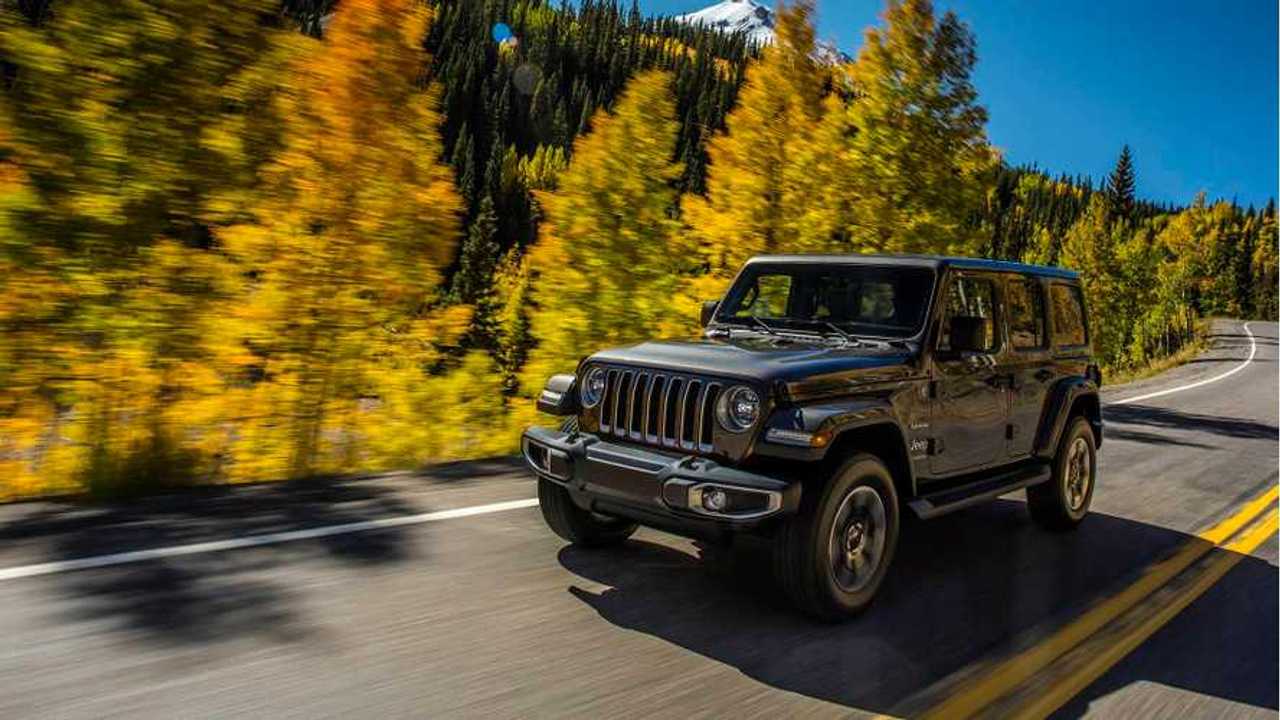 The announcement was made during the Wrangler's reveal in Los Angeles.

After months (if not years) of rumors and speculations, the new Jeep Wrangler has finally arrived in production metal at the 2017 Los Angeles Auto Show where the company’s boss had an interesting announcement to make. Speaking during the reveal event, Mike Manley disclosed plans to roll out a plug-in hybrid version of the Wrangler for the 2020 model year.

We found this (partial) Chrysler slide in a 2014 presentation that tipped the company's hand for a plug-in hybrid future...although  ultimately they were a about 1+ years optimistic on the arrival dates.

He refused to go into any specific details, but at least we do know for sure the partially electrified Wrangler is in the works. One possibility is to adapt the plug-in hybrid powertrain from the Chrysler Pacifica Hybrid, which is powered by a 3.6-liter V6 gasoline engine teamed up with two electric motors and a 16-kWh lithium-ion battery pack that provides 33 miles of real-world/EPA range.

Of Note:  Chrysler first foretold in 2014 of a coming extended range van as the 2017 Town & Country arriving in 2016 (which ended up the as Pacifica Hybrid in 2017), and a full size Chrysler crossover a year later...which apparently has now morphed (as many expected) into a Jeep offering, arriving in 2019 as the 2020 Wrangler PHEV.

However, packaging might turn out to be problematic, so don’t be too surprised if the Wrangler PHEV will feature its own setup.

If that’s going to be the case, it will likely still share many of the components with the Pacifica Hybrid as it’s the case with many models from FCA as part of a strategy to drive down costs with development.

Another piece of the puzzle is the model’s availability as we don’t know whether it will be sold only in the United States or it’s going to be offered in other markets as well.

Let’s keep in mind the regular 2018 Jeep Wrangler will be available with a mild hybrid setup by using a turbocharged inline-four 2.0-liter with a belt starter-generator and a 48-volt battery. Developing 268 horsepower and 295 pound-feet of torque, the engine is paired exclusively to an automatic transmission.

There will also be a turbodiesel 3.0-liter V6 mill is in the pipeline and will arrive “at a future model year” with an estimated 30-mpg rating on the highway, according to Motor Trend. It’s unclear at this point whether it will arrive before or after the plug-in hybrid, but it’s good to know Jeep is being flexible with the powertrains by giving customers more options to choose from.