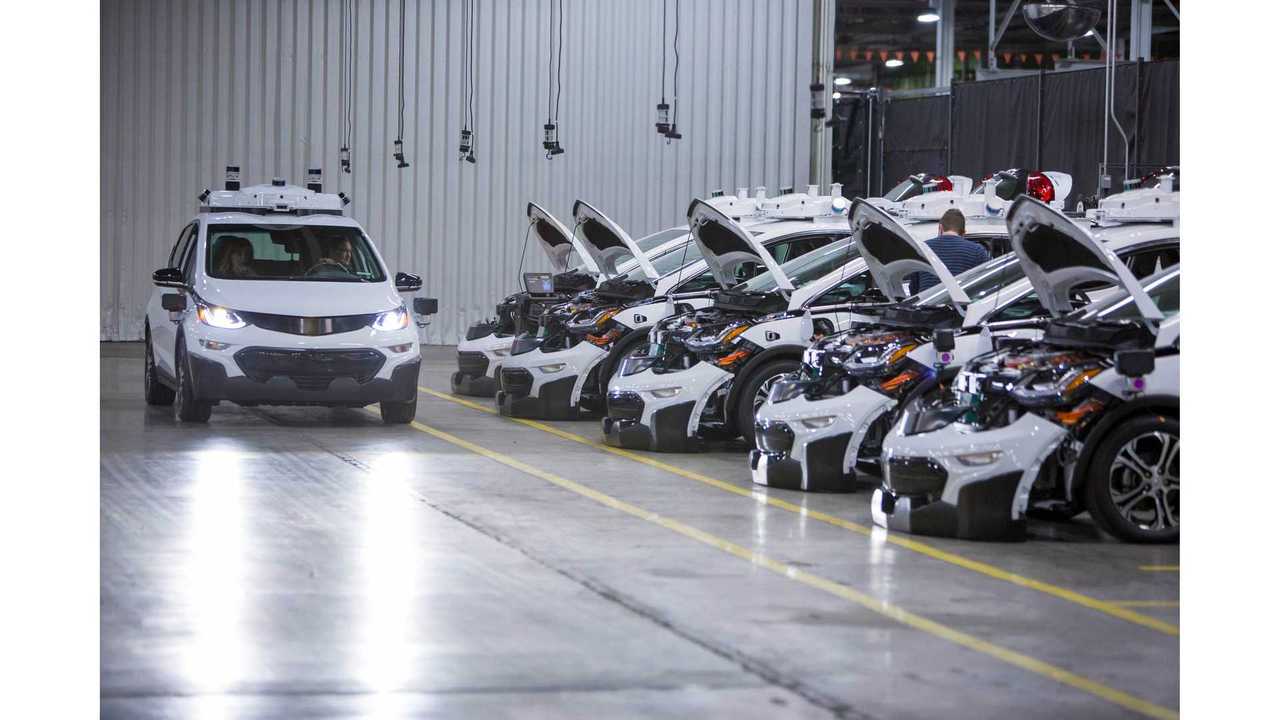 Autonomous Chevrolet Bolt out for a spin (via Glenn L)

Though some automakers are working diligently on self-driving cars, this Chevy Bolt proves that it may still be awhile before a robot can fully comprehend its environment.

As the Bolt was making its grand arrival (which consisted of about two miles of slow travel through a thick crowd), it didn't seem to go quite as GM had likely planned. Orange traffic cones were an issue for the Bolt, along with double-parked vehicles. However, the most interesting part of the story is the Bolt's first encounter with a taco truck.

These cars are tested rigorously to "see" and "understand" normal (and even abnormal) objects and situations on roads. We recently shared a video and story about Waymo's self-driving Chrysler Pacifica Hybrid, which explained that the cars are tested in simulated and real environments with other vehicles, pedestrians, bicyclists, intersections, emergency vehicles, and even an occasional squirrel. However, perhaps not with taco trucks.

To put it into perspective, Reuters reported that during the 2.2-mile, ~15-minute drive, the self-driving Bolt happened upon 117 people, 129 cars, and 4 bicycles (this information was all recorded via the car's sensors). According to Cruise CEO Kyle Vogt, the car didn't exceed 20 mph and worked its way around:

The self-driving Bolt is more cautious than most human drivers, as it slows almost completely for any of these obstacles. It waits and attempts to find a clear path. The cones and double-parked cars caused the Bolt to stutter a bit longer, but eventually, it made its way through. However, the autonomous Bolt stopped and "stared" at the taco truck (complete with pedestrians ordering lunch) for over a minute without proceeding. The human driver had to engage. Heck ... this is much better than reporting that the Bolt slammed into the truck or the pedestrians.

Vogt said issues like this will improve over time. He believes that the winner in the self-driving car race will come down to which company can pull it off on a massive scale, rather than who's first to market. GM President Dan Ammann added:

"Our mission is to bring this technology to commercial deployment at scale, with safety, as soon as we humanly can do that."