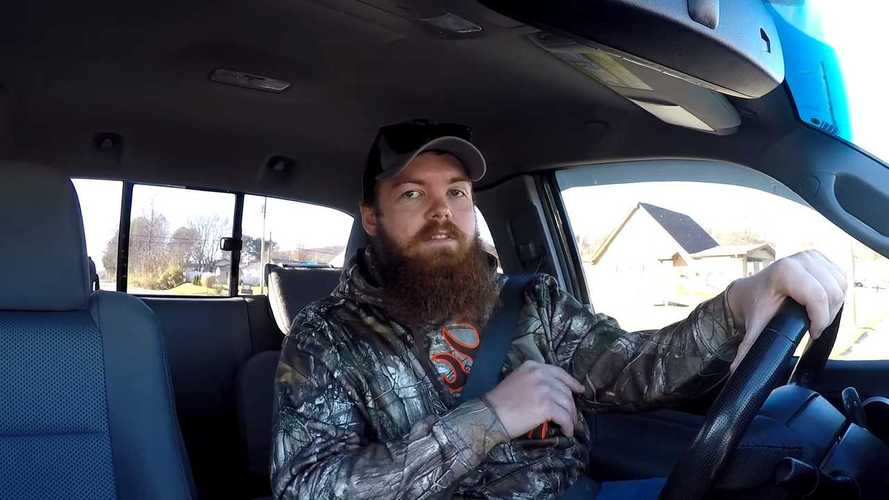 There have been all kinds of hot takes on the Tesla Semi since its splashy reveal a couple weeks ago, but this one comes from a completely different perspective: that of a truck mechanic. Our man here is not just any truck mechanic, though. He is, as the kids would say, woke to the EV revolution and its impact on jobs, particularly his own.

Apparently our camo-clad commentator watched the Tesla Semi presentation — he may even have taken notes, because he has all the information down pretty pat — and has been thinking about what it means for the guys who work hard to keep those big diesels chugging.

Basically, he believes he and his truck-fixing compadres will be "out of a job in the next ten to fifteen years." The only thing left to do would be, he believes, is change tires and, maybe, wheel bearings. That line about Tesla guaranteeing its drivetrain for a million miles really made an impression!

So, grab some popcorn and enjoy! In case you're wondering what a fifth wheel is, that is the roughly-horseshoe-shaped part on the back of the tractor that the trailer connects with. Traditionally, they were heavily greased because they see a lot of friction, but they now may use a polymer-coated version that's a lot cleaner.

If that's not enough truck talk for you, we've included a bonus clip below of a trucker who serves up a reminder that heavy duty diesel trucks are not always rock-solid reliable. Of course, it remains to be seen whether Tesla can live up to its million-mile promises, but certainly the status quo is ripe for disruption.