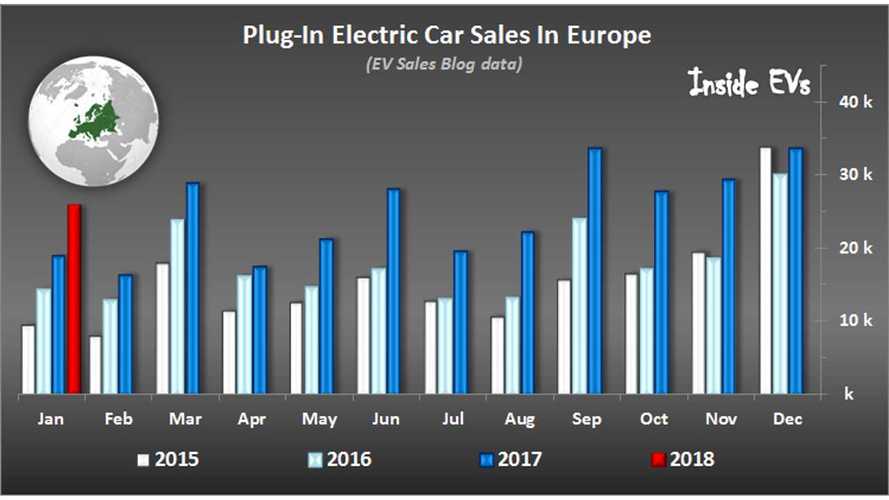 The European plug-in electric car market is booming with some 25,808 sales reported in January at growth of 36% year-over-year, but that doesn't tell the whole story.

The situation is actually better than the numbers suggest. There are production (batteries) constraints popping up all over the place in model rank and that has customers waiting months for some new models.

There's other positive news like the increase of Hyundai IONIQ sales to 1,017.

Nissan LEAF, with 548 in January, will join as the engine of growth in February.

Even the Opel Ampera-e hit its all-time high of 335.

Comparison of plug-in car sales in Europe and U.S.