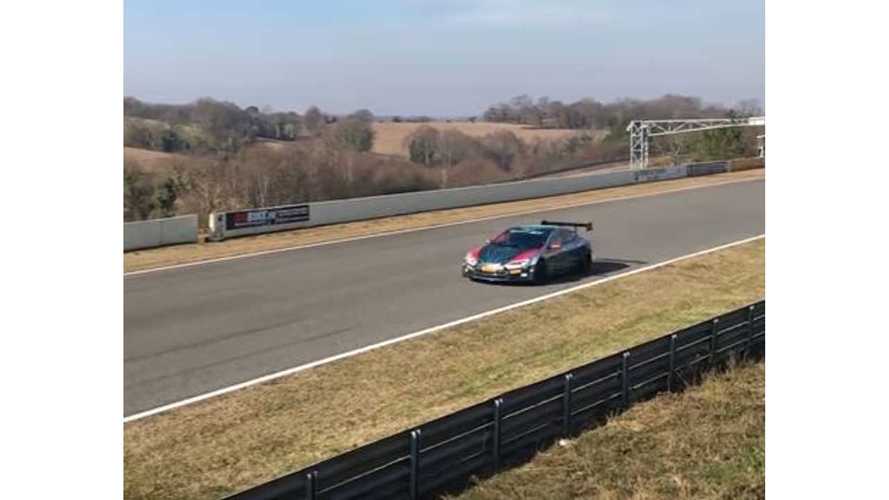 The Electric GT Championship has revealed the first team to commit to its inaugural season in 2018.

SPV Racing, a merger of two teams from Sweden and Spain, will field a two-car entry in the planned Tesla-based championship.

The current LMP3 team is due to take delivery of its first Tesla Model S EGT P100D later this year, with the start of the first Electric GT season pushed back from late November to mid-2018 as it has awaited official FIA approval.

Electric GT announced the SPV Racing entry as a “multi-year” commitment to the series, the first for a production electric vehicle, with Spanish duo Alvaro Fontes and Javier Martinez named as “development drivers”.

It is racing in the European Le Mans Series, with the aim of making its Le Mans 24 Hours debut in 2019.

Electric GT CEO Mark Gemmell described the announcement of the first team as a “significant step forward” for the series, which has already tempted the likes of Formula E champion Lucas di Grassi and ex-Formula 1 driver Heinz-Harald Frentzen to sample the car.

“We are delighted to welcome SPV Racing to the EGT family,” said Gemmell.

“Since our first introductions, SPV Racing has hit the ground running and we have enjoyed working with people who are as eager and excited to go racing as we are.”

Lindberg said the team had “a lot to learn from a pure racing side”, and revealed it would also look to develop sim drivers for Electric GT’s planned eSports championship.

“We are so proud to be the first team to officially announce our entry to the Electric GT Championship,” he added.

“We are excited by this new chapter for our team as we take on the challenge of racing with electric power.”