NIO Is Pursuing Up To $2 Billion For U.S. IPO 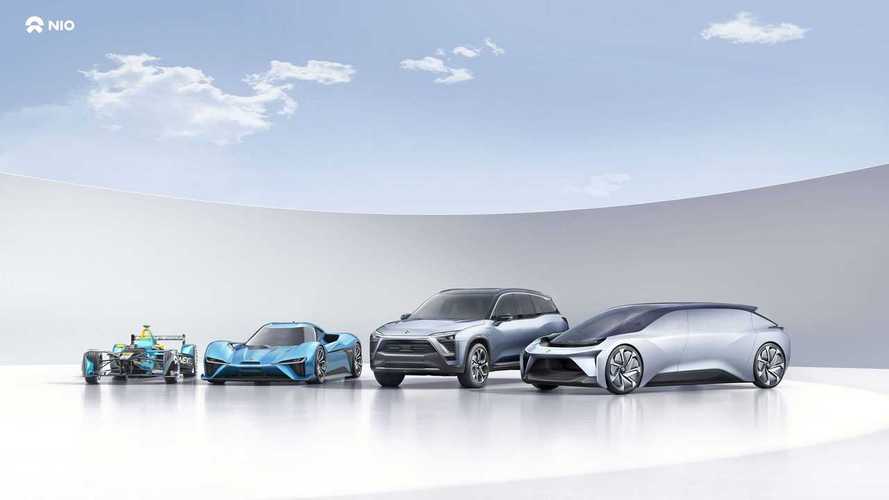 The Chinese company NIO, the automaker that's introducing the all-electric SUV ES8 in China, is going for an IPO in the U.S., according to the latest reports.

Reuters said that eight banks were hired to raise from $1 billion to $2 billion for the IPO.

NIO was founded in 2014 and after the latest injection of $1 billion in late 2017, the company was valued at about $5 billion. Main shareholders are Tencent Holdings Ltd, Hillhouse Capital Group and Sequoia Capital.

The IPO is not yet officially confirmed, but is expected in the second half of this year.

In theory, with more cash on hand, NIO would be able to introduce an entire family of electric cars, which will benefit from the booming Chinese New Energy Vehicle market with generous subsidies, and eventually expand worldwide.

"The two companies initiated their association in mid-2015, very close to NIO’s inception as an ambitious next-gen EV startup. Since then, Tata Technologies has engaged with NIO to drive major engineering aspects related to the development of ES8, such as Body Structures, Closures & Exteriors, Advanced Manufacturing Engineering, PLM, and Off-car Connectivity. Tata Technologies, in this strategic association with NIO, utilized its globally distributed execution model and extended its proven expertise in out-of-the-box engineering processes.

With the goal of creating a product-development process that would establish an industry benchmark, NIO and Tata Technologies have worked on a range of concepts on weight optimization using advanced materials. The team has worked on creating a process that would pioneer the way for more advanced material based vehicles in China. The result of implementing such expertise is that the ES8 is currently achieving Body Weight Efficiency targets better than the EuroCarBody Conference best.

The association has also achieved significant technological milestones in the PLM domain. The team successfully led and implemented the 3DEXPERIENCE® 2016x (Dassault Systèmes) solution. It was delivered by Tata Technologies’ global talent and is another first in the next-gen EV Original Equipment Manufacturer (OEM) landscape, enabling engineers to accelerate the product development lifecycle through concurrent engineering.

The electric vehicle and connected car industries are on the cusp of making intelligent transportation dreams a reality. While there has been a global increase in the demand of technologically-enhanced electric vehicle components like embedded infotainment systems, intelligent transportation systems, etc., the South and East Asia markets are the best bet for the development and manufacturing of smart cars."