Toyota Alone In Bed With Hydrogen As EVs Take Control 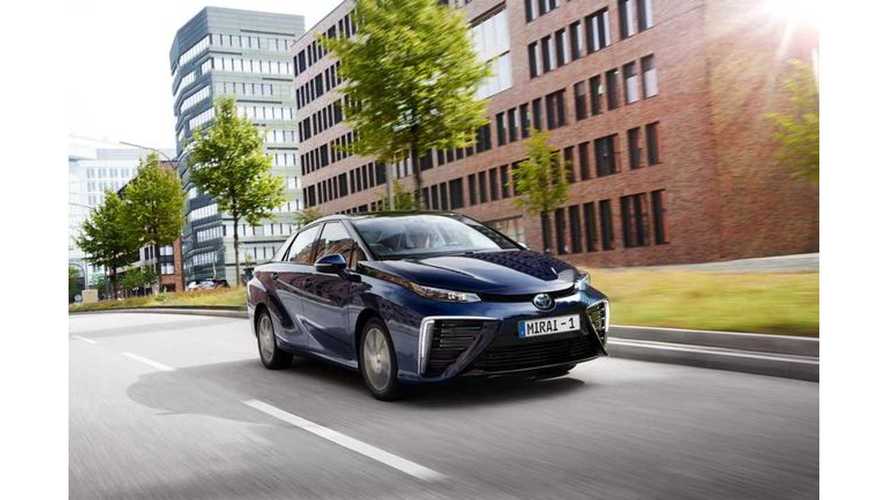 Toyota is more and more alone in the hydrogen fuel cell camp, as other manufacturers turn towards battery electric vehicles.

The Japanese automaker spent tons of cash and time (since the early 1990s) on the research and development of FCVs.  Today, it must continue to decide whether to invest even more in both the infrastructure roll-out and vehicle development.

Performance of hydrogen-powered vehicles is less than desirable, while prices are extremely expensive. Added to this, there is no refueling infrastructure for mass-adoption.

Toyota has yet to have any notable sales success related to the technology. The automaker delivered just ~4,500 Mirai since late 2014. U.S. sales of the Mirai have just exceeded 3,000.

Keep in mind that Toyota's Mirai has outsold all other players in the FCV camp. It's reported that Honda shipped less than 700 Clarity Hydrogen Fuel Cell (in about a year) and Hyundai has sold around 900 Tucson Fuel Cell (since 2013).

Plug-in cars -- battery-electric in particular -- are easier to introduce both on side of car manufacturer (though some are faring better than others), as well as in terms of available infrastructure, which is growing rapidly. Meanwhile, there are only 91 hydrogen stations in Japan and around 30 in California. Studies show that consumers are also beginning to show much more interest in plug-in vehicles, and the numbers don't lie.