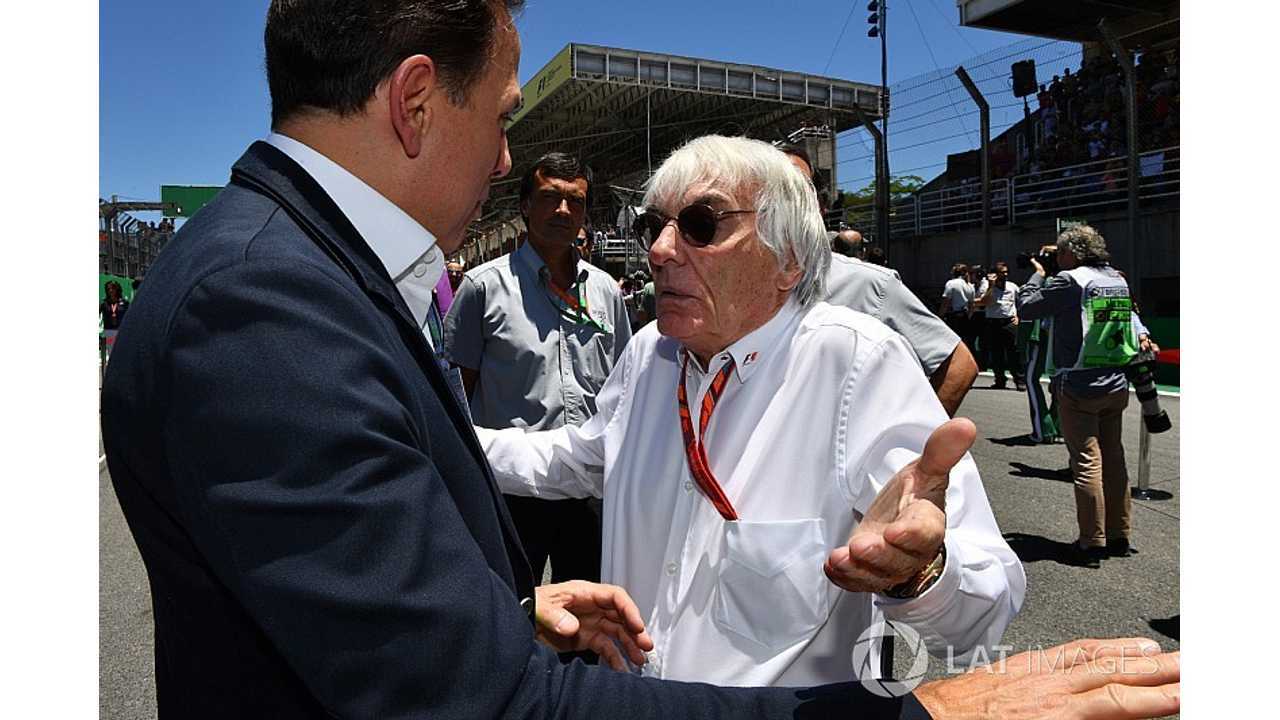 Ex-leader attacks new owners: "they need to have balls to do it today."

Here's the quote in its entirety:

“Can’t we do this? The manufacturers provide the cars themselves but we aren’t going to pay them because they get massive worldwide publicity. It would be a super Formula E, if you like. You can make cars be like an F1 car and the only thing you would miss would be the noise and I do not believe that people could not come up with something to make more or less the old F1 noise. They would need to have the balls to do it today. I think they will have to do it.”

Former Formula 1 commercial rights holder Bernie Ecclestone said that in order to keep the category appealing to automakers and new fans, the championship must undergo a major technical change in the coming years.

The 87-year-old Englishman claims that the category should have 100% electric motors instead of the current hybrids.

"We still have the Formula 1 name, we still have contracts with promoters, so we're going to make different types of cars," he told The Guardian.

"Let's talk to the manufacturers and start a new fully electric F1, a Formula for the future."

"We can not afford to do this?" The manufacturers provide their own cars, but we're not going to pay them because they get huge publicity worldwide.

"You can make cars like F1 cars.The only thing you would miss would be the noise, and I do not think people can not find something to do more or less the old noise of the F1 cars. would need to have the balls to do it today.I think they will have to do it. "

Ecclestone also warned that Ferrari's threat to quit F1 is real. Factory president Sergio Marchionne issued the threat last year after raising concerns about the new direction of the championship. Ecclestone said the F1 should take the Italian manufacturer seriously.

"F1 is Ferrari and Ferrari is F1," Ecclestone said. "I would hate to see F1 without Ferrari."

"No promoter would be happy to see Ferrari leave. They would join Ferrari immediately if a new championship started with the same elements we have now, but if it were cheaper for the tracks."

"Sergio does not do things unless he's serious. I do not think he's the kind of guy who does not do what he says he's going to do."