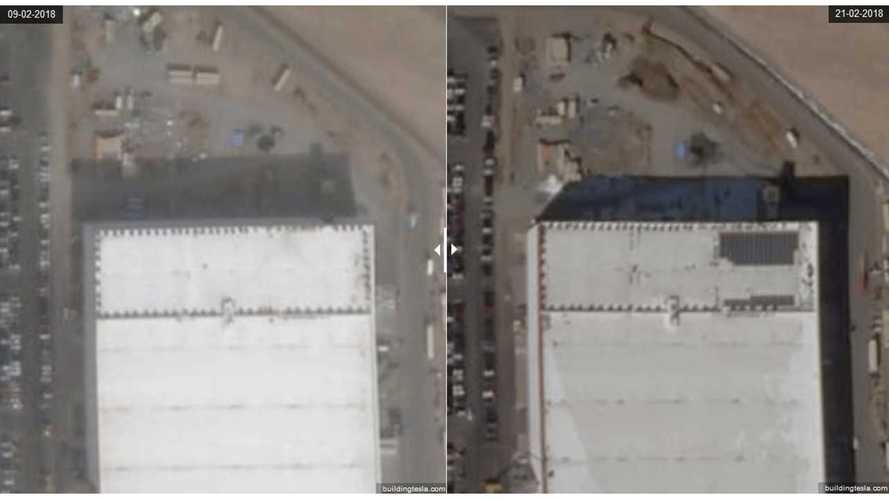 In February, Tesla began installation of solar panels on the roof of battery Gigafactory 1 in Nevada.

This news comes via the latest satellite photos provided by Building Tesla.

Tesla was expected to install solar panels from the beginning when it presented the Gigafactory visualization image. Around one year ago, the company even announced a 70 MW solar installation - combination of rooftop solar and ground installation.

The ultimate goal for the facility is to be 100% powered from solar, which in Nevada shouldn't be problematic.

The rooftop solar installation itself is expected to be several times larger than any other rooftop solar simply due to the size of the Gigafactory 1 building.

It's not yet been announced whether solar panels are provided internally from Gigafactory 2 where solar products are made by Tesla and Panasonic.