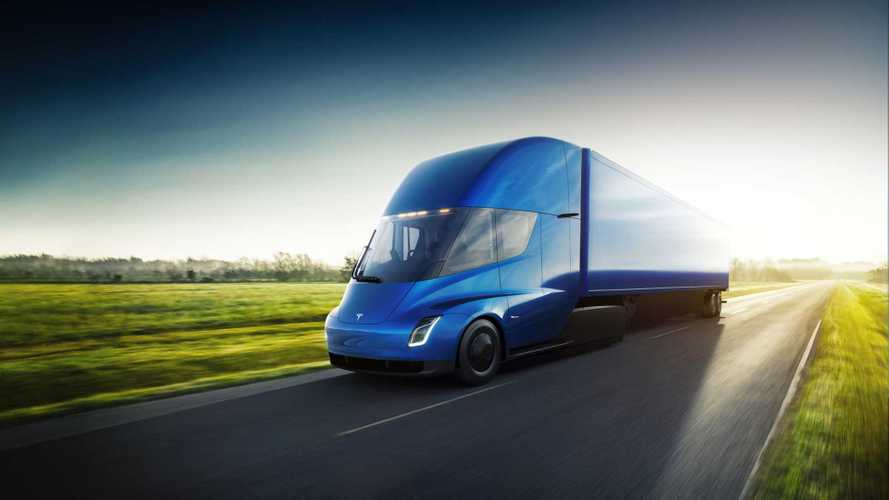 A custom Tesla trailer with regeneration and full aerodynamic treatment is a must-have option for Tesla Semi truck buyers.

To be clear, Tesla hasn’t made any mention of selling a custom trailer for their semi truck but based on our analysis, they probably should and we prove why.

Tesla has said the tractor will come in two basic flavors: a 300-mile version for $150,000 and a 500-mile version for $180,000. Obviously, those prices don’t include the trailer. Tesla also announced some very impressive performance specs. They’ve told us their truck has a very low aerodynamic drag with a Cd of .36 and then showed us a sleek tractor-trailer rig with full aero treatment.

So, perfect aerodynamics is key to the equation. Also, missing from any discussions is the regeneration of wasted brake energy in the trailer.

Based on our detailed modeling (see section 2) trailer aero treatment and regeneration of waste braking energy in the trailer is worth 15% in fuel consumption.

During our research for this article, we uncovered a company that is already marketing just such a product. The company is Hyliion and they make two very interesting products similar to what we are discussing here. For those interested, see references 1-3 to check them out.

One system is a retrofit of a motor/axle assembly (e-axle) with regen capabilities to the trailer. The e-axle replaces one of the two axles on the trailer. Batteries capture the braking energy normally lost to friction. The other system replaces an axle on the tractor with an e-axle with motor and adds batteries to the tractor. The system costs approximately $38,000 for the e-axle with motor, the battery pack, and the controller. The e-axle can also provide additional power on steep hills. Hyliion is also claiming fuel savings in line with our analysis.

Tesla could easily implement regen capabilities in a custom trailer. No additional batteries would be needed as the main tractor pack can easily take the energy, and only a single Model 3 motor would be required, based on our analysis. Tesla could get the job done at a fraction of the cost.

For those Tesla truck aficionados that missed it, Keith and I wrote four detailed articles on the Tesla semi truck you may like to revisit (see ref 6-9). In these articles, we showed that the semi truck can meet all of Tesla’s performance specs, including acceleration, speed on a steep grade, battery weight, and whole truck weight. The last of the four-part series was a cost analysis. Results of the cost analysis showed the 300-mile tractor had some profit margin but the 500-mile range tractor with the larger battery was a challenge in the cost department. In order to make profit margin, that truck would require Tesla to make battery packs (not cells) for 100$/kWh.

In order to do the analysis described in this article, I added waypoints and route following capability to the model. That way, the route can be broken into segments and little details, such as stopping at a stop light and re-accelerating. Loading and unloading through the route can be accounted for as well.

The goal of the analysis was to determine what fuel penalties are associated with not having any regeneration in the trailer and for not having full aero treatment in the trailer. The Tesla semi can pull any kind of trailer so we need to know the penalty for this if a carrier decides to use his/her own fleet of older trailers.

We ran in-town routes and highway routes for three cases

As one would expect, all the stop lights, as well as a heavy load make regen a must-have option for this in-town route. Bottom line: a solid 15% influence for regen and full aero treatment. We would think most buyers of the short-haul version for in-town deliveries would want to opt for regen in the trailer.

The highway route we modeled was from Fremont, CA to the Tesla Gigafactory near Reno, NV over Donner Pass. Again, we saw a solid 15% influence for regen and full aero treatment.

The only case where regen is not that critical is in the case where you have very few stop lights and a constant 55 MPH freeway speed. In this ideal case, the influence of regen and aero is only 8%. So, some carriers that have this ideal type of route might not want to opt for the custom trailer with regen.

Therefore it appears that Tesla has indeed gone to extra efforts to make this truck aerodynamically correct with "near standard' trailers.

It is also possible that more braking could be done in the tractor than was assumed in the analysis. We assumed that the trailer would provide 40% of the total braking effort. However, the dynamics of the situation during a stop would result in more braking effort being done by the cab, thus reducing the effect of regen in the trailer.

I reran the numbers with and lowered the braking in the trailer to 25% from 40%. This reduced the effect of trailer regen from 13% to 8.2% in figure 5.  So regen in the trailer still helps but not by as much.

Therefore there should be no implication in this article that Tesla's stated specs cannot be made without regen and added trailer aero improvements.

*This analysis and article was a joint effort between myself (George) and fellow Mechanical engineer Keith Ritter.