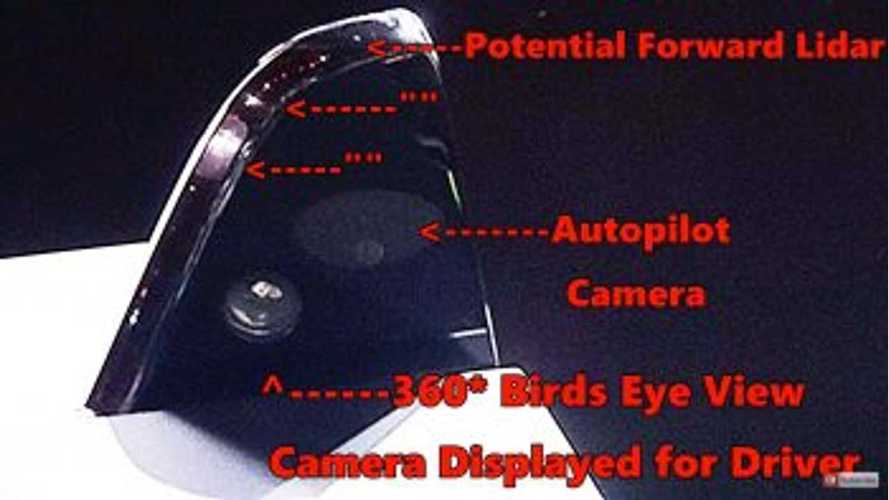 While the sheer power and acceleration of the Tesla Semi are incredible, the truck's real advantage may come due to its active safety technology.

Tesla CEO Elon Musk couldn't say enough about the all-new electric semi's safety features and self-driving tech. Not only will it protect you -- and everything else around you -- but it will also save money with its platooning feature. Musk shared at the event (via Teslarati):

“The convoy technology, the tracking technology, this is something that we are confident we can today do ten times safer than a human driver.

Kman Auto continues to post his footage from the recent Tesla Semi event. Now we have an up-close look at the vehicle's various Autopilot sensors. This is not just a few sensors and cameras, but instead, at least 12 cameras, plus two 360-degree cameras, and potential lidar.

As you can see, the semi utilizes a "wing" for mounting some of the hardware, since it doesn't have any side-view mirrors. Cameras are found all over the vehicle; above and below the huge panoramic windshield and within each headlight, for instance.

Musk didn't speak specifically to any Full Self-Driving capability for the upcoming hauler. However, its suite of Autopilot hardware is obviously highly advanced. The truck can do everything a Model S, X, or 3 can do, and potentially more. It's likely only a matter of time before it can move up to the next level, much like the rest of Tesla's fleet, but perhaps sooner and with increased ability due to the nature and application of the vehicle.

Showing the Autopilot/Autonomous cameras. Now, shown on the side wings, each wing has a additional camera that I did not show in video. I saw this at another source. It was too dark for my camera to pickup the back facing cameras. So count is up to at least 12 cameras so far for Autopilot, and 2x360* cameras.