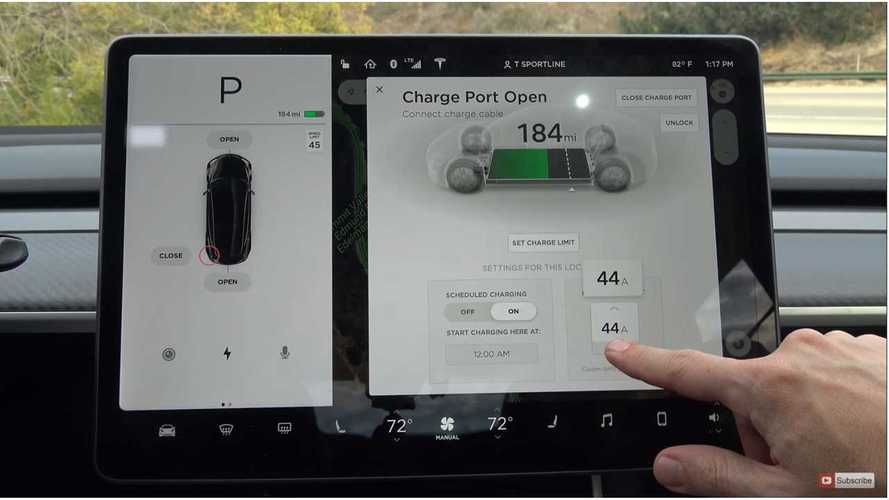 If you wanted all the details regarding the Tesla Model 3 touch screen, set aside some time and check out this video.

YouTuber and owner of his own do-it-yourself Tesla showroom and homemade "Supercharger" (in his garage), DÆrik, promised us many more videos of the Tesla Model 3 and he's following through. Now, we get a very in-depth look at the car's touch-screen display and all of its many features, along with details regarding exactly how to operate it.

We've seen a few videos detailing the Model 3's unique, horizontal 15-inch touch screen. However, many of them were removed before we had a chance to really watch. Others showed some of the typical features but didn't delve very deep into specifics. This is by far the lengthiest and most exhaustive review we've seen to date.

The duo also shows how the gear select lever works, as well as functions like opening the trunk, frunk, and charging port (which is really releasing them since they're not power). These screens have such a plethora of functions, it's hard to even begin to explain it all here. This is even more true with the Model 3 since there are almost no other physical knobs or buttons. That's the point of the video ... you just have to watch it.

Let us know what impresses you about the Tesla Model 3 display, as well as what functions you would rather not have to rely on a touch screen to operate.