MINI Electric Cars To Be Produced In China Too 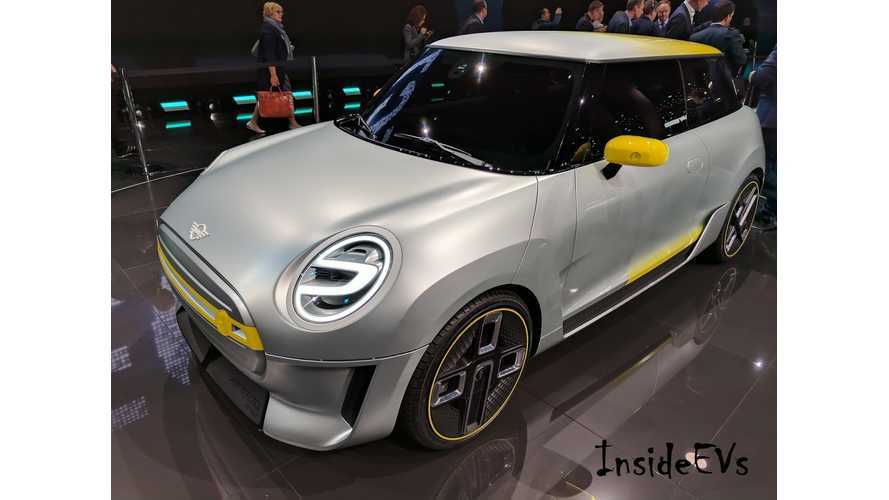 BMW Group revealed that it intends to set a second production site for MINI electric cars in China. The first one in Oxford, UK will start making BEVs in late 2019.

Production of cars in China almost always requires the formation of a joint venture.

This time BMW is in advanced discussions with Chinese manufacturer Great Wall Motor.

"A key element of the brand’s continued strategic development will be local production of future battery-electric MINI vehicles in the world’s largest market for electromobility. To this end, the BMW Group has signed a “letter of intent” with the Chinese manufacturer Great Wall Motor. In addition to production of the first battery electric MINI at the main plant in Oxford starting in 2019, this signals a further clear commitment to the electrified future of the MINI brand.

Next steps will be to agree on the details of a possible joint venture and cooperation agreement and clarify aspects such as the choice of production location and concrete investments. The BMW Group has no plans to set up an additional sales organisation in China. The company is firmly committed to continuing the successful cooperation with the established sales structure."

"Independently of its strategic considerations towards the MINI brand, the BMW Group will further expand its highly successful BMW Brilliance Automotive (BBA) joint venture in China with its partner, Brilliance. In addition to its two automobile production locations, BBA already runs an engine plant, which includes a battery factory for electrified BMW brand vehicles produced locally in Shenyang. This is the first battery factory operated by a premium automobile manufacturer in China.

In recent years, BBA has become a cornerstone of the BMW brand’s success in its largest market and serves as a model for the continued development of MINI in China. Around 560,000 BMW brand vehicles were delivered to customers in China in 2017 – more than in the next two largest markets, the US and Germany, combined. In 2017, China was MINI’s fourth-largest market, with around 35,000 units delivered. This underlines the brand’s additional global potential.

The successful strategy for expansion of the BMW Group’s global production network obeys a clear rule: Production follows the market. However, expansion of the BMW brand in its largest markets, such as China, has not led to a decrease in production at the company’s German plants. On the contrary, between 2007 and 2017, production in Germany increased by close to a quarter to around 1.15 million vehicles per year. At the same time, almost half of all BMW production now takes place at plants outside Germany.

A similar growth strategy could accelerate development of the MINI brand significantly without questioning the BMW Group’s commitment in the UK. The company has made significant investments over the years to step up its involvement in the country."