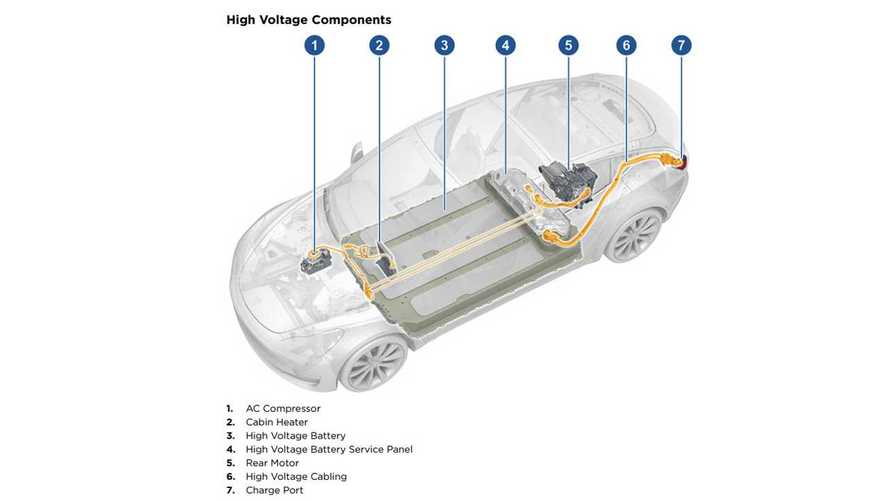 Remember that Tesla Model 3 owner's manual that surfaced (embedded above) a couple of days ago? Well, we've now had some time to digest all the info within and have come up with a few notable highlights we'd like to share.

Torque rating: Trailer towing: It's likely that towing will be permissible once Tesla designs and releases its own trailer hitch. However, some think that towing will only be allowed on AWD versions of the Model 3. This hasn't been confirmed though.

Perhaps the most interesting point in regards to the battery pack from the manual is on vampire drain. Teslas have long been known to draw a lot of juice, even when off, but it seems the Model 3 may have this issue in check:

"Never allow the Battery to fully discharge. Even when Model 3 is not being driven, its Battery discharges very slowly to power the onboard electronics. On average, the Battery discharges at a rate of <1% per week with energy saving mode ON and <3% per week with energy saving mode OFF (see Energy Saving Feature on page 105. Situations can arise in which you must leave Model 3 unplugged for an extended period of time (for example, at an airport when traveling). In these situations, keep the discharge rates in mind to ensure that you leave the Battery with a sufficient charge level."

There's this little nugget on potential battery damage too. This was referred to as bricking, back in the early Tesla Roadster days:

That damage would appear to be irreversible, so avoid a long-term 0% charge at all costs.

What else has piqued your interest from the manual? Share in Comments below.