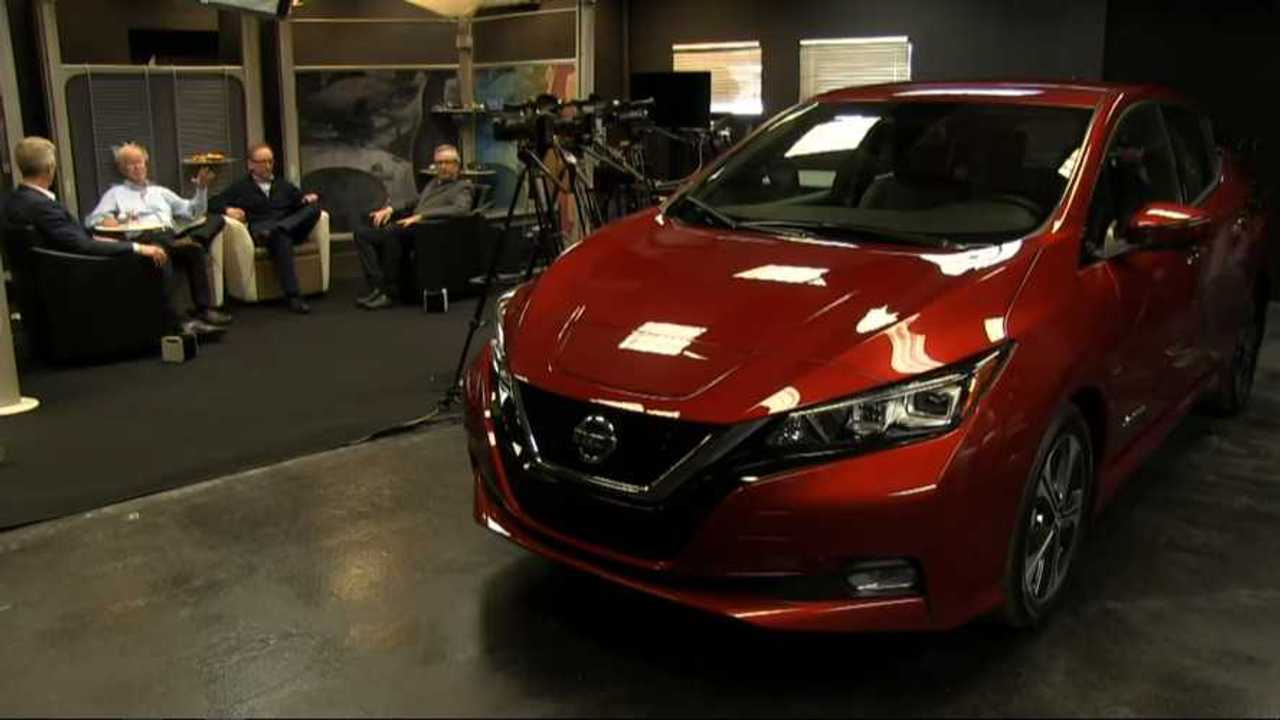 You're going to want to watch the first 30 minutes.

Ever wish you could button-hole a Nissan exec associated with its LEAF program and ask them a few questions? (I have.) If you happened to have watched Autoline After Hours last week, when its special guest was Chris Reed, VP of Engineering for the Nissan LEAF, well, that was your/our chance. Luckily for those of us that missed the live show, it is available for viewing at your convenience (above). It's a good watch, even if it's too late to submit our questions.

During the segment, Reed discussed the mainstreaming of the electric model's styling, going from the quirky look of the original to its new look for 2018, featuring elements found throughout the Nissan lineup. He also mentions the improvement of the battery and motor output as a part of that process. Somewhat oddly, he call the LEAF a great 2nd car, rather than push the notion that it's a great primary vehicle for a large percentage of the population.

The conversation takes another interesting turn close to the 16-minute mark, when Reed is asked by co-host Gary Vasilash whether they've gotten their hands on a Tesla Model 3. Now, this question isn't entirely strange, since automakers buy each other's vehicles all the time to tear them down to further their knowledge of their competitor's products.

Still, Reed's apparent enthusiasm for the car was quite evident. Apparently he had just had a purchase order for one cross his desk — he admits they will be paying "slightly over list," which we interpret as "significantly" over list — and mentions a number of employees had put down deposits (it's unclear whether they placed deposits for themselves or in hopes of purchasing it on behalf of Nissan).

Reed explains that he'd already had a chance to see one up close and touch it.  "We're excited about it, though," he admits and says he's looking forward to getting it to do a competitive analysis.

Here, the conversation is brought back to the LEAF, and we learn a few other tidbits. For instance, in response to a question about whether to hatch will ever get AWD, Reed indicates it's not on the horizon, but it is being seriously discussed.

Another interesting question concerned the scalability of the LEAF powertrain, and whether it could find its way into other applications (note, it is already used in the Nissan e-NV200, which is not yet available in the US). Reed indicates that this is the case, but also mentions they will be increasing the capability of the platform, in reference, we believe, to the 60 kWh battery version that's expected to come next year.

All in all, it's was a great conversation, providing insight into the corporate mindset and some of the engineering involved in the 2018 LEAF. Enjoy!